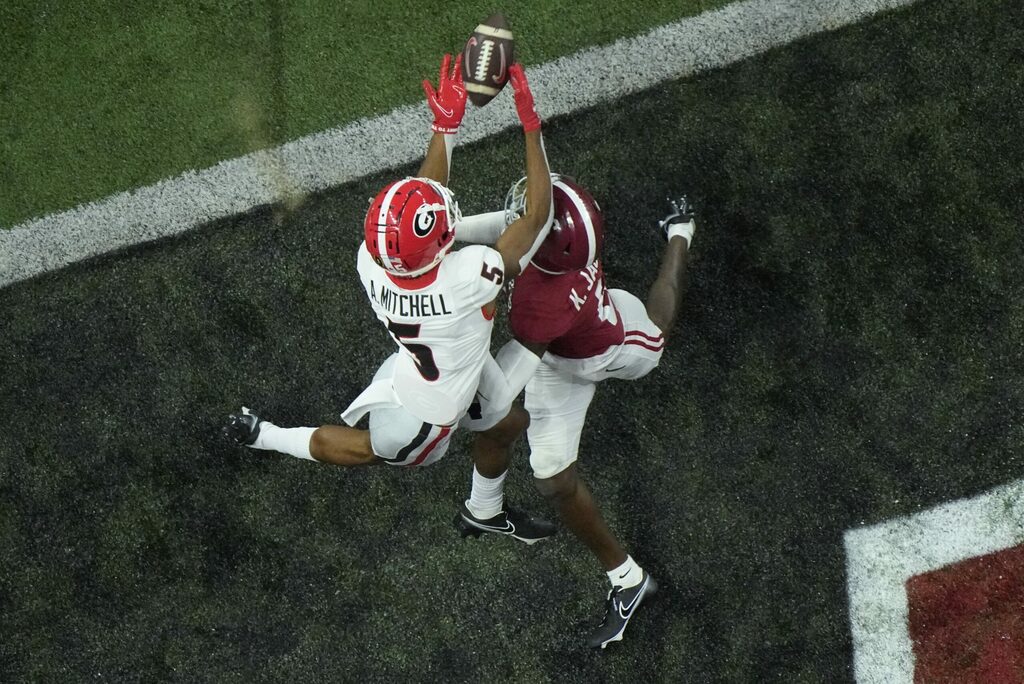 Stetson Bennett had a free play in the fourth quarter of Monday night’s CFP National Championship game and the Georgia quarterback made Alabama pay.

The Crimson Tide was offside so Bennett went deep and found Adonal Mitchell with a 40-yard touchdown pass to give Georgia a 19-18 lead.

The 2-point conversion failed but Georgia was in front of Alabama as it looked to avenge a loss in the SEC Championship Game and win the national championship.

As called on Georgia radio: pic.twitter.com/iphYcpAA4K

Bennett has the touch when it comes to long plays.

Stetson Bennett has 7 pass TD of 40+ yards this season, the most in a season by a Georgia player since Jake Fromm in 2017. pic.twitter.com/3l1cvxmKWC