Georgia injury report ahead of UGA vs Auburn 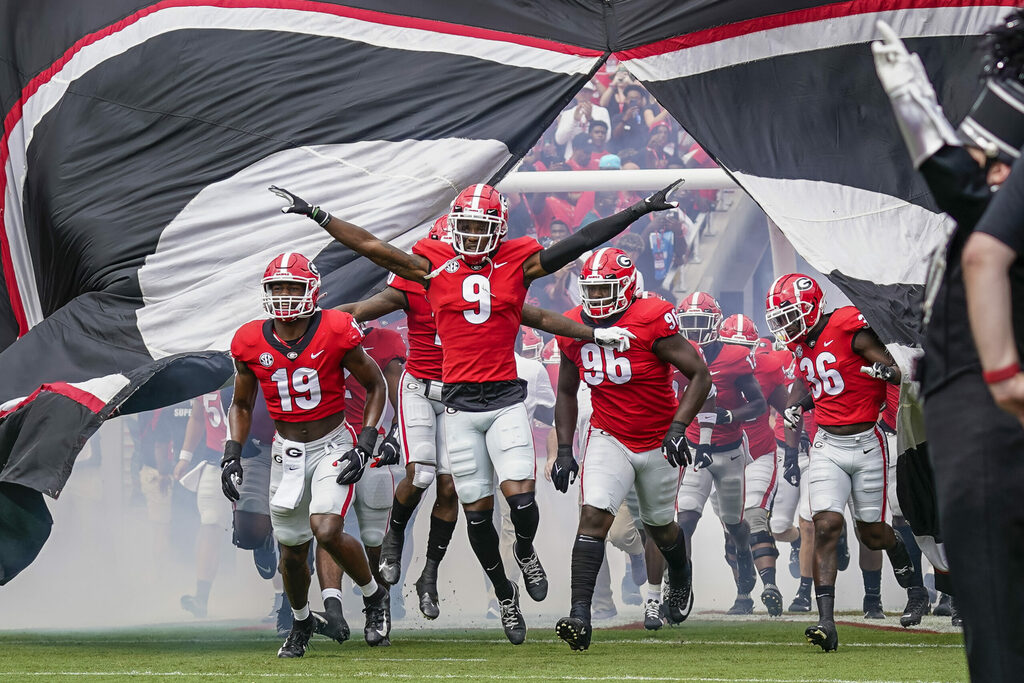 No. 2 Georgia has dealt with an onslaught of injuries so far this season.

After missing game-two versus UAB, star quarterback J.T. Daniels started against South Carolina and Vanderbilt before missing last week versus Arkansas with a lat injury.

“As long as it doesn’t bother him (Daniels) then we feel like we’re getting improvement, gradual improvement. And that’s the key because the last thing I want to do is push the envelope, re-injure, go back, then the constant cycle of that.”

“We have a chance on all three ( Blaylock, Smith, Rosemy-Jacksaint). They were both out there running the day hitting 18, 19 miles an hour so they weren’t going full speed but they were moving around. Rosemy’s probably got the best chance, and then each one of them has got a chance to make it back but they’re not taking a lot of reps, they’re hitting walkthrough reps, staying in the mental part of the game and then you’re going to see if they can clear, you know by Thursday or Friday.”

“…I don’t remember having this many guys injured at once since I’ve been here.”

Smart also said tight end Darnell Washington, who made his season debut last week, is almost at 100% but needs to get in game-shape.

Defensive back Tykee Smith has received more reps at practice this week and may have a shot at making his debut at Auburn.

Star wideout George Pickens is rehabbing an ACL tear suffered in the spring. The junior has been seen straight-line running and catching passes at practice the last three weeks, signaling his recovery is on pace.

LSU transfer Arik Gilbert is still not with the team due to personal reasons.

Here’s an updated injury report for Saturday’s matchup versus No. 18 Auburn.