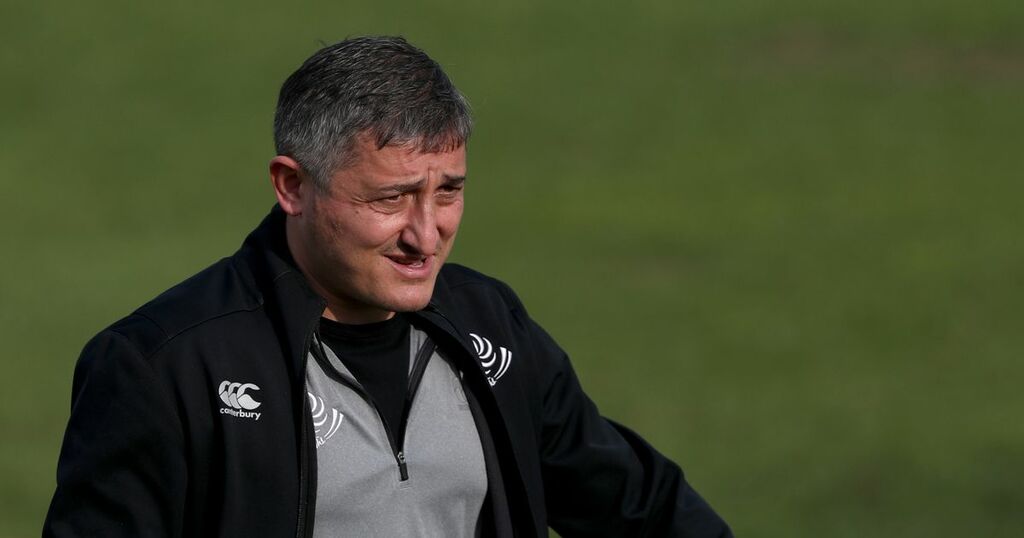 Almost one month after leaving the South African hospital where he spent eight weeks being treated for the coronavirus, Georgia coach Levan Maisashvili can afford to look back on a harrowing experience with relief.

Following a Covid-19 breakout during his side's tour of South Africa, the team chief had to be hospitalised and eventually placed in an induced coma.

Georgia were set to play the Springboks two times before facing Scotland, but the outbreak in their camp meant only the first of those fixtures actually went ahead.

Maisashvili told the Daily Mail about the two-month ordeal that followed, where he was kept in South Africa after falling sick and soon came to fear for his life.

"I had this feeling that I would die," he said.

"Everything happened very quickly, for me but not for my friends, for my managers, for my family and for my doctors. They spent every day for approximately 40 days waiting, thinking I would die. It was natural because all of my body had collapsed.

"I tested positive for Covid on July 5. Our team doctor, Nutsa Shamatava, sent me to hospital, because I had a temperature. For the first three or four days, it wasn’t difficult for me, but after that it was very bad."

The tactician was finally cleared to leave hospital and returned to his native Georgia in early September, more than nine weeks after the squad first touched down in South Africa on their summer tour.

Members of his team and the media were waiting in Tbilisi for their coach's homecoming, a moment that many in Georgia might have feared would never materialise.

Three months on from his initial diagnosis and the tactician is on the verge of a return to training, with Georgia set to embark upon an autumn series against some of Test rugby's elite later this month.

It's a stunning development considering just how dire his situation once looked while he was in Johannesburg, where doctors gave him a one in 100 chance of pulling through.

"It was a terrible situation for me. The doctors who were looking after me were absolutely excellent and they did everything for me, but three or four times, because my condition was so critical, they said I had just one per cent chance to survive," Maisashvili explained.

"My lungs had fully collapsed, I had bacteria in my blood and I had fungus in my blood. Every bacteria has antibiotics which you can use to fight against it, but one sort of bacteria is absolutely terrible and I had that in my body; in my blood, in my lungs, everywhere. It was all because of Covid.

"They had to give me drugs which made me sleep, because I was connected to an oxygen machine. The doctors said to me, at that time they were blowing with 100 per cent oxygen but my blood oxygen saturation level was lower than 80 per cent, which is catastrophic. That’s why I was on the drugs. For two weeks after that, every time I woke up I had the shakes like a drug addict!"

It was confirmed by a Georgian rugby spokesperson in July that Maisashvili was not vaccinated against Covid-19 when he fell ill in July.

His nightmare didn't end after he regained consciousness, however, as Maisashvili then faced a month of physiotherapy, where he had to learn how to walk from scratch.

He paid tribute to doctors, physiotherapists and team officials who each played their part in his recovery, which has him on the cusp of a return to rugby's top level in remarkable time.

Georgia were scheduled to face Samoa on November 6 in their opening match of their autumn series, but that fixture has been axed after the Pacific Islands nation recently cancelled their tour to guarantee the squad's safety.

That should give Maisashvili one more week to prepare for their remaining Tests against France and Fiji on November 14 and 20, respectively.

Coach and players alike will be extra vigilant on their European expedition in order to avoid further disruptions, with Maisashvili in particular only too aware of the risk posed by the ongoing global pandemic.