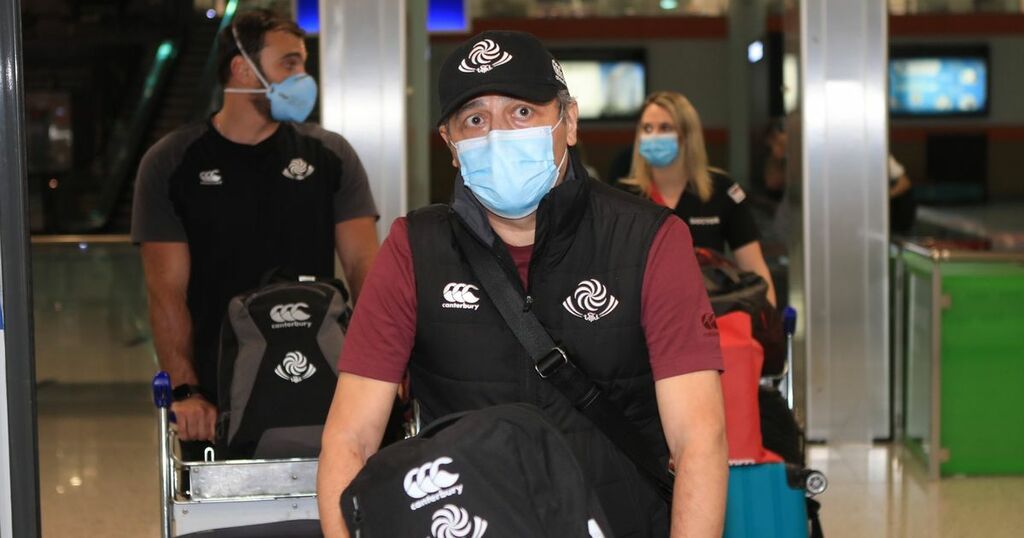 More than two months after leaving his home country, Georgia rugby boss Levan Maisashvili has returned from South Africa as he continues to recover from the coronavirus.

Maisashvili was hospitalised and placed on a ventilator with ‘serious lung damage’ shortly after Georgia lost 40-9 to the Springboks in Pretoria on July 2.

An outbreak of Covid-19 cases in both camps meant a scheduled second Test between the pair was cancelled, and Maisashvili’s condition prevented him from returning from Johannesburg.

Spokesperson Tatia Beriashvili confirmed at the time that the Georgia coach had not been vaccinated against the virus before travelling to South Africa.

But the country received a boost on Tuesday after Georgian Rugby posted pictures of Maisashvili arriving back on home soil, greeted in Tbilisi by players and members of the public.

Georgia were also forced to scrap a July fixture at home to Scotland as a result of Covid-19 cases within their squad.

Many within the country grew concerned for Maisashvili after his diagnosis first came to light, at which point it became clear the tactician was struggling with more severe symptoms.

A team official said at the time: “Everything is being done to improve the condition of coach Levan, whose condition is stable. He has suffered lung damage and is on a ventilator.

Do you think Georgia will qualify for their sixth straight Rugby World Cup? Let us know in the comments section.

"He is being treated at a top-level South African clinic, which is equipped with the most modern medical equipment to manage Covid patients."

The Lelos came up empty-handed against the likes of England, Scotland, Wales and Ireland during 2020’s autumn Tests, but they’ve since performed better against lower-ranked opposition.

Maisashvili’s side won all five of their games in the 2021 edition of the Rugby Europe International Championship, putting the team on the brink of qualifying for the 2023 Rugby World Cup.

The squad will have plenty of time to get reacquainted with their coach before they’re next due back in action, too, with autumn Tests against France and Fiji next on their agenda.

Georgia will travel to Bordeaux to face Les Bleus on November 14, although there’s still no venue set for their proposed clash against the Flying Fijians one week later.