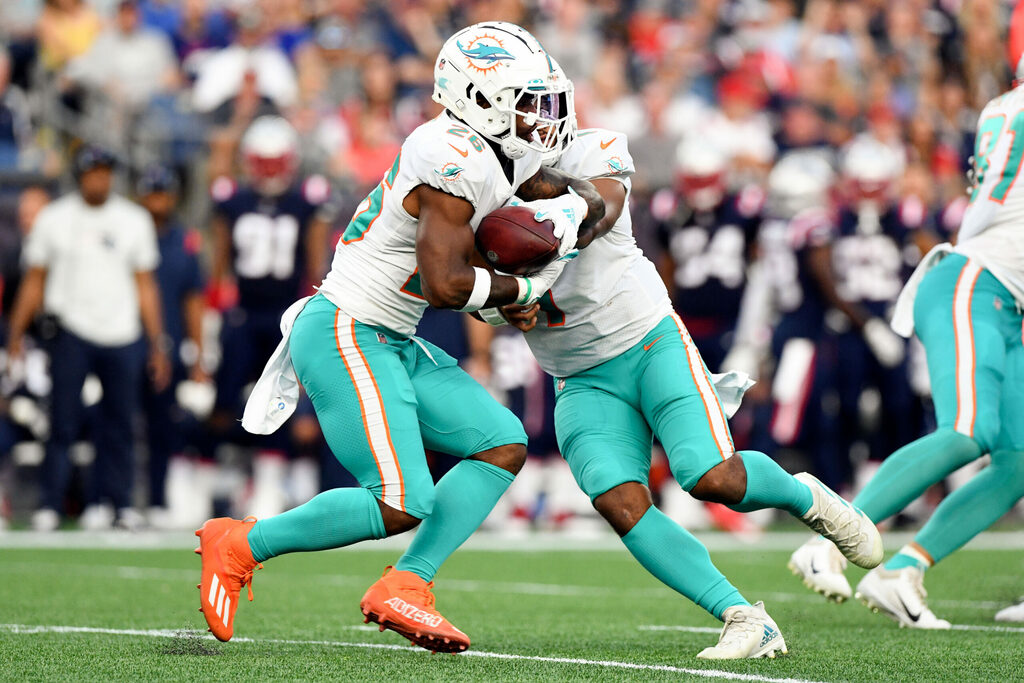 The Miami Dolphins’ offensive play in Week 1 of the 2021 regular season was a bit irregular — Miami took the ball down the field with their opening possession of each half and punched the ball into the end zone; which showed some great execution. But the rest of the day found yards and sustained drives hard to come by. Only a 2-minute offense to end the half put Miami in a position to score more points.

In all, 17 points isn’t going to be enough on most weeks. The Dolphins know that. And so this week is all about correcting the mistakes and allowing for more sustained possessions.

Co-offensive coordinator George Godsey saw some things in both the run and pass game that he liked up front with Miami’s young offensive line; as he elaborated for the media on Tuesday.

“Just overall with the offensive line, we were able to run the ball at times. It’s hard when you’re looking at an average and you take three knees at the end of the game. That average can kind of get a little skewed. Those guys know there are some opportunities there for some bigger plays. In the pass protection, that’s a good pass rush front. That group will cause some problems during the year for sure. For our situation at line, being able to handle some changes there during the week, and be effective and give us enough time to distribute the ball, we think that group needs to continue to improve but it was a good first outing,” said Godsey.

Good for Week 1. But the spectrum of “good” changes as the season develops and Miami must hope that their young group up front can continue to stay ahead of the curve if this offense is going to be up to the task on any given week. Miami’s next few opponents include rough draws like Buffalo and Tampa Bay — two of Miami’s next four games will come against legitimate Super Bowl contenders.

But if Miami can win those games in the trenches, they’ll force any conversation of postseason challenges to include them, too.