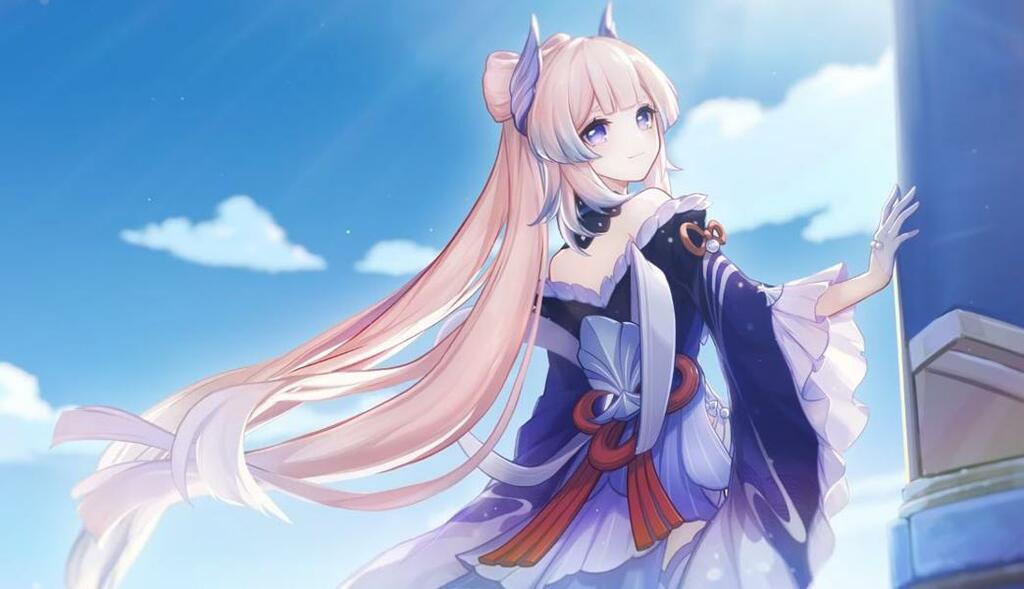 Genshin Impact is not slowing down after the release of Baal (Ei?) The Raiden Shogun, and we’re about to get a new 5 star hero from the game. That would be Baal’s opposite in the now-ended Vision Hunt Decree war, the resistance general Kokomi, a 5 star hydro catalyst user, our first since Mona. She will be arriving on September 21, 2021.

MiHoYo has just debuted a new trailer for Kokomi which you can see below, that indicates how she has a penchant for commanding wars, despite the fact that she may not look the part:

But more important, we now know the full extent of Kokomi’s moveset, and how she will operate as a healer on our team.

Summons a "Bake-Kurage" created from water that can heal her allies. Using this skill will apply the Wet status to Sangonomiya Kokomi.

Bake-Kurage: Deals Hydro DMG to surrounding opponents and heal nearby active characters at fixed intervals. This healing is based on Kokomi's Max HP.

Summons the might of Watatsumi dealing Hydro DMG to surrounding enemies, before robing Kokomi in a Ceremonial Garment made from the flowing waters of Sangonomiya.

These effects will be cleared once Sangonomiya Kokomi leaves the field.

Past her skills, Kokomi will of course have her own 5 star weapon that launches with her, a catalyst that will specifically bolster her kit. Here’s what Everlasting Moonglow can do:

Seems good for her, Barbara and uh, well that’s really it, given the focus on healing.

Will she be a sought-after hero? Probably not as much as the last few, given that most people love to focus on DPS, and healing heroes just aren’t as exciting, which is why everyone bemoans pulling Jean and Qiqi these days. But who knows, maybe this kit will be good enough to make her sought-after, and we’ll see how the meta shakes out next week.