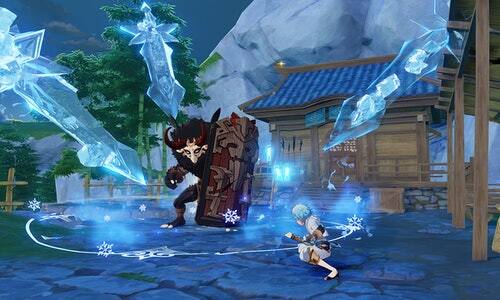 Today in, wow that’s really so embarrassing for you: a teased Genshin Impact event with Elon Musk was trashed just hours after being announced because fans hated the idea so very much. We’re talking, like, five hours at most before any mention of this crossover was wiped from the internet entirely.

Yesterday around 10 p.m. EDT, the official Genshin Impact account tweeted a series of challenges for the community. This is pretty common for the account. But the challenges this time were… a little strange. If a million people followed the @Paimon2themoon account — ostensibly run by Ella Musk, one of the game’s NPCs — the official @GenshinImpact account would follow Elon Musk on Twitter. When three million fans followed the account, Genshin Impact would invite Musk to stream the game; at five million, miHoYo, the game’s developer, would invite Musk to the company’s headquarters in Shanghai.

As is the case with many things Elon Musk, the challenge did not stand up well to general internet reception.

As Kotaku points out, Ella Musk has, until now, had no connection at all to Elon Musk. Ella is a quest character from the game; the Genshin Impact team seems to be using her likeness on the @Paimon2themoon account to amplify fan creators.

This challenge tweet from the main Genshin account was a pretty bald attempt to increase @Paimon2themoon’s follower count, and in almost any other circumstance it probably would have worked. In the case of Elon Musk, though, the game’s fans immediately pushed back. And I do mean immediately. By 2 a.m., when the account deleted its tweet, it had racked up more than 20,000 quote-retweets. That’s the kind of engagement ratio usually reserved for the worst of the worst.

Technoking Elon Musk is one of Twitter’s most polarizing figures. He has plenty of raging fanboys who will flood your mentions at the slightest comment critical of him or his companies. But there are just as many (maybe more) of his haters waiting in the wings. People hate Elon more than Elon hates unions, which is saying something. The person or team behind the Genshin Impact account found this out the hard way.

Musk, for his part, is either unbothered by the snafu or missed the part where he garnered 20,000 quote-retweets of dismay. Less than two hours after Genshin Impact deleted its tweet, Musk posted that he’s excited to be “in” the game. Sigh.

The Genshin Impact team seems to have learned something from this incident. Musk… well, not so much.