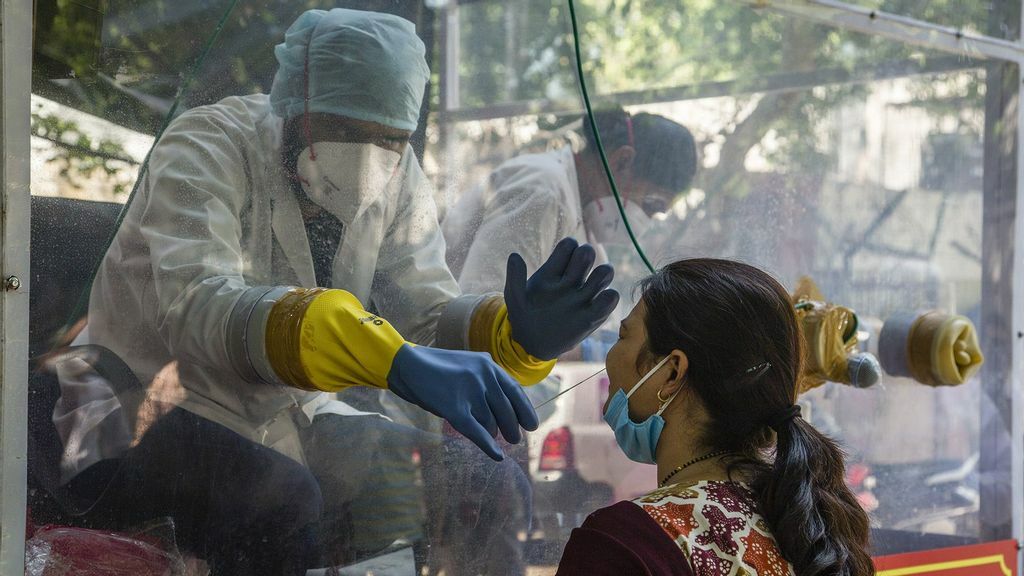 NEW DELHI — The Indian government on Sept. 6 refuted the allegation that genome sequencing by the Indian SARS-CoV-2 Genomics Consortium (INSACOG) has declined sharply while adding that sample sequencing has progressively increased.

As per the Ministry of Health and Family Welfare, some reports alleging that genome sequencing and analysis of the Covid-19 declined sharply in India even as cases of the disease continued to rise.

The report said that the country sequenced a meager number of samples to date.

“It is clarified that the number of sequences, as quoted in the report, seems to be taken from the Indian Covid-19 Genome Surveillance portal,” the ministry said.

The Initial part sequencing of samples by INSACOG labs was aimed at detecting the Variants of Concern (VOC) among incoming international travelers and also to see whether any person with VOC has entered the country in the past one month (double the incubation period of 28 days) from the date of establishment of INSACOG (Dec. 26, 2020).

To detect the presence of Variants of Concern inside the country, 5 percent of the positives (by RT-PCR) were targeted for sequencing. Both the objectives were achieved by the end of January 2021, the ministry said.

Moreover, the numbers have not been fixed to 300 samples per month or 10 sentinel sites per state.

These are the indicative numbers, and the states and union territories have been provided with the flexibility of identifying more sentinel sites ensuring geographic representation from all parts.

In addition to the sentinel sites, there is the option for the States of sending vaccine break-through, reinfection, or other unusual presentation samples for sequencing to INSACOG Labs.

Furthermore, the sentinel surveillance strategy ensured that samples from each State were geographically well represented as the 5 percent of random sampling strategy resulted in samples from certain districts being over-represented. In contrast, some districts remained unrepresented from States.

With the decrease in positivity, the samples available from the sentinel sites catering to districts with zero or single-digit weekly new cases have also gone down. Currently, over 86 districts in the country have zero weekly new cases.

For the past month, most of the new cases are from only two states, namely Kerala and Maharashtra.

This is also reflected in the samples sequenced from various states.