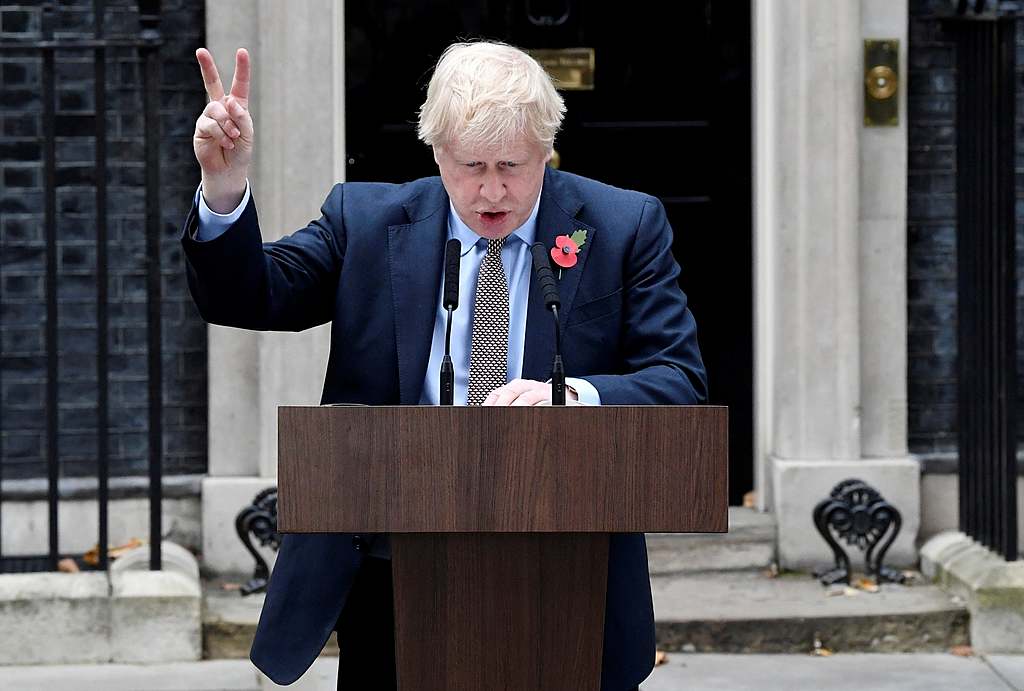 Boris Johnson was today fighting to get the Conservative general election campaign back on track after a day in which the party was forced onto the back foot by a cabinet resignation and a series of gaffes.

The prime minister launched the official Tory campaign with a rally in Birmingham after visiting the Queen to formally request the dissolution of parliament.

Mr Johnson urged party faithful to “Come with us, get Brexit done and take this country forward” to cheers from activists.

But his comments were overshadowed by a series of gaffes and mishaps, including the resignation as Welsh Secretary of Alun Cairns.

Mr Cairns quit on Wednesday amid questions over whether he was aware of a former aide’s role in the “sabotage” of a rape trial.

The Vale of Glamorgan MP, who denies wrongdoing, said he was stepping down over the “very sensitive matter” and would co-operate with a probe into whether he broke the ministerial code.

His resignation came a day after Jacob Rees-Mogg, the leader of the Commons, sparked fury by suggesting  that it would have been “common sense” for the residents of Grenfell Tower to ignore fire bridge advice and leave their homes when the tower block was engulfed in flames.

And another Tory MP, Andrew Bridgen, was forced to apologise for suggesting, as he came the defence of Mr Rees-Mogg, that the Commons leader was cleverer than those who died in the fire.

As the Tory campaign threatened to descend into chaos, party chairman James Cleverly was forced to defend a campaign video that had been edited to falsely suggest that shadow Brexit secretary Keir Starmer had been unable to answer a question on his party’s policy.

Mr Cleverly insisted that the footage – which added a long pause as if Sir Keir had faltered in his response – was a “lighthearted satirical video”, despite accusations that it had been doctored and was misleading.

The Tory chairman was then the subject of a furious tirade from Sky News presenter Kay Burley, who claimed he had broken a promise to be interviewed on her show.

Ms Burley claimed Mr Cleverly was “probably 15 feet away from where I’m standing just at the moment” and added: “I’ve been in to see him during the break, he said he wasn’t due to come and talk to us today although they had said that they would talk to us.”

But the Tory chair insisted he had not been booked onto the Sky show, and was in fact conducting a TalkRadio interview at the time he was empty-chaired.

“I like to think I’m a pretty decent multitasker, but I cannot physically be in two places at the same time,” he said.

Ms Burley said she would have grilled Mr Cleverly not only on the Cairns case and Mr Rees-Mogg’s Grenfell gaffe, but also the government’s refusal to publish a report into alleged Russian interference in the 2016 EU referendum and the blocking of Tory plans to use Treasury costings to attack Labour spending plans.

Writing in the Daily Telegraph, the prime minister said: “They pretend that their hatred is directed only at certain billionaires – and they point their fingers at individuals with a relish and a vindictiveness not seen since Stalin persecuted the kulaks.”

And the string of mishaps continued as he headed for Birmingham, with a group of up to 20 anti-austerity protesters being removed from the rally venue ahead of his speech after chanting: “Refugees here to stay! Austerity no way!”

But he received a warm welcome inside, as he entered to cheers and pumping rock music.

“But my friends we have no choice. We have a parliament that is paralysed, blocked, generally incapable of digestive function as an anaconda that has swallowed a tapir.”

Mr Johnson said that the 12 December poll would be the “most important in a generation” and turned his fire on Labour’s “Bermuda triangle” Brexit plans.