Tuesday's visit to the local polling place looked refreshingly typical to me — the standard primary election math was in play (more poll workers than voters), the mode for hair color was white, and the earnest candidate advocates out front reminded me still again of that old Mitch Hedberg joke about people passing out flyers:

"What they're saying," observed the late comic, "is 'here, you throw this away.'"

The poll workers, for the moment, looked the same as well: seasoned, helpful, dutiful, patriotic. None tried to suppress my vote, but then, I'm an old white guy, not the intended target of some 250 bills in 27 states designed to root out so-called voter fraud. A nationwide legislative effort was apparently necessary to fix what isn't broken because the last president didn't like the outcome in 2020.

Poor Donald Trump, always railing against the people who are out to get him, never acknowledging his great good fortune in that the people who are out to get him are doing a terrible job of it. He's been effectively above the law since the 1970s. Who else could start a riot to overthrow a national election in 2021 and fully expect not only to avoid residence in a federal lockup for the rest of his days, but spend some of them in the White House?

That would certainly be the preference of one Doug Mastriano, whom you doubtless found on Tuesday's Republican primary ballot in the race for Pennsylvania governor. Mastriano, widely regarded by his own party's leading operatives as unelectable in November, is better suited to run a bus company.

He organized buses to the Jan. 6 insurrection, got himself subpoenaed by the House committee investigating the attack on the Capitol, and tried to get Pennsylvania to do an Arizona Cyber Ninja-style audit or the 2020 vote, which failed laughably. In April, according to The Philadelphia Inquirer, Mastriano attended a far-right Christian conference in Gettysburg at which a video was shown explaining "the great awakening," "ritual child sacrifice" and, of course, "the global Satanic blood cult."

Think I saw Global Satanic Blood Cult open for somebody in the last few years, but I can't be sure.

Mastriano raised funds for his campaign off this event, The Inquirer said, as organizers sold an artist's rendering of the 45th president to boost the candidate's bottom line.

Trump, of course, endorsed him, in no small part because he suspects that if Mastriano is our governor, he'll do everything conceivable to channel Pennsylvania's electoral votes to Trump or the Trumpiest Republican survivor in a 2024 presidential election that's shaping up as a total hellscape.

Already, it's estimated that up to 20% of election officials in place today will be gone by 2024, as 1 in 6 have already been subject to threats since the last election. As the Brennan Center for Justice at New York University has outlined for multiple outlets, this new wave of voting laws represents "an unprecedented assault on voting rights" and "a voter suppression effort we haven't seen since the likes of Jim Crow."

The Republicans behind most of these measures have long suspected that the more people of color turn out to vote, the worse the outcomes are for them and for the America they've come to know, the whole bastion-of-white-privilege thing. That's why many of the new Republican initiatives, though they may not be as brazen as new law in Texas, are sprung from the same theory.

Texas banned, among other things, early voting hours on the Sunday before elections, a bull's-eye on Black churches that organize souls-to-the-polls events. Republicans are more interested in getting moles to the polls by enacting laws that allow criminal prosecution and prison time for even marginal mistakes by poll workers and election officials.

David Becker, executive director of the nonpartisan Center for Election Innovation and Research recently told Bloomberg News that election officials "could find themselves subject to criminal prosecution because someone went to the bathroom and left a drop box unattended. Who's going to want to do those jobs?"

The forces behind this blatant suppression still have more than two years to put its infrastructure fully in place. It's why I fear that Tuesday's primary might have been the last legitimate election in American history.

Speaking in Buffalo in the aftermath of one of our daily massacres, President Joe Biden noted that "the American experiment, the democracy, is in danger like it hasn't been in my lifetime."

It would be a terrible legacy for this to be the American generation that hands nearly 250 years of sacrosanct democratic tradition to the Doug Mastrianos of the moment and say, "Here, you throw this away." 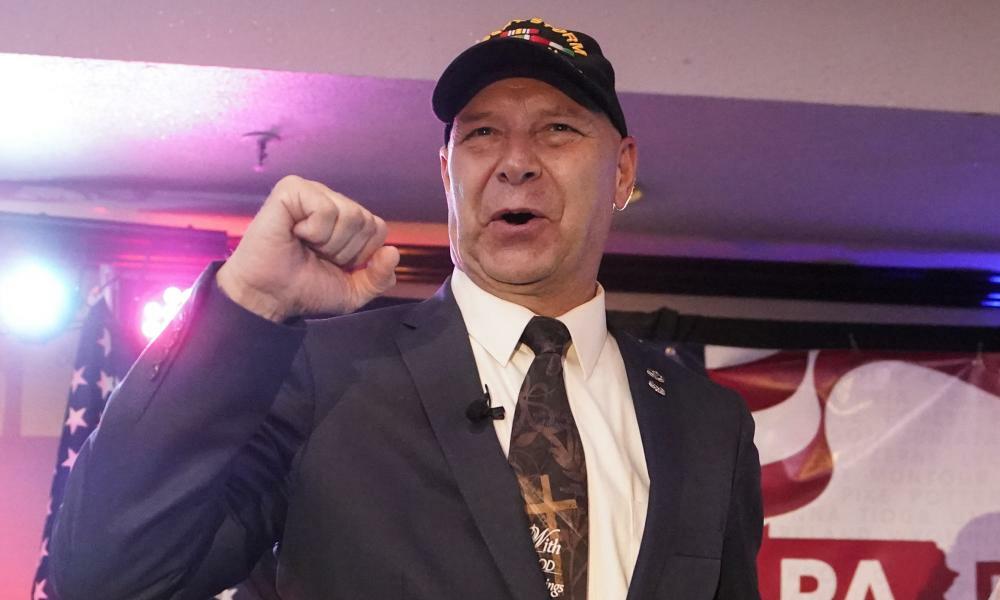 The Guardian - US
One subscription that gives you access to news from hundreds of sites
Heart of the Primaries 2022, Republicans-Issue 23 (May 19, 2022)
In this issue: Takeaways from five states’ primaries and former V.P. Pence to campaign for Kemp

Ballotpedia
Pennsylvania Democrats Say Doug Mastriano Is a Danger to Democracy. Why Did They Help Him Win?