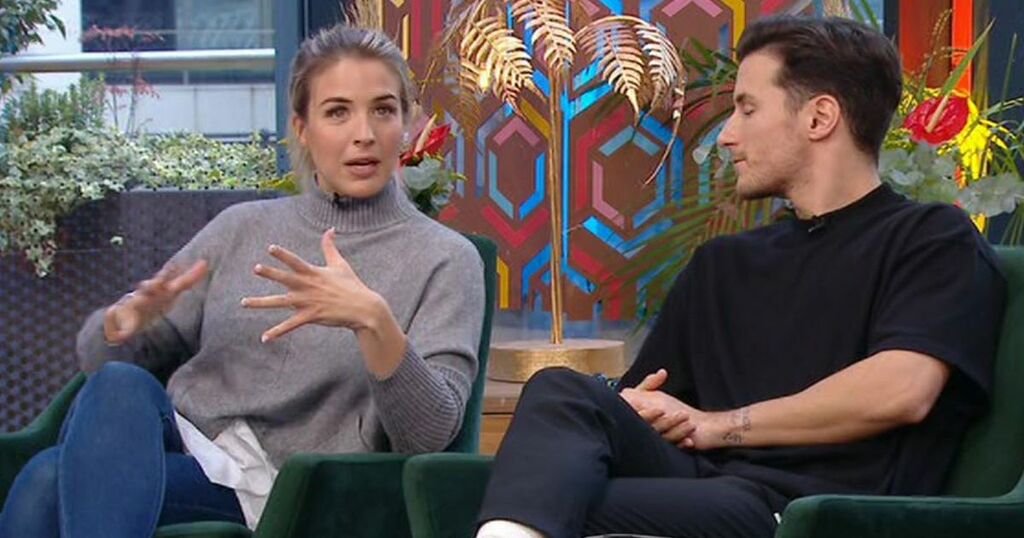 Gemma Atkinson awkwardly shut down rumours that she has a feud with Katie McGlynn.

The former Hollyoaks star's partner Gorka Marquez danced with Katie on Strictly Come Dancing until they were voted off last weekend.

After the duo were voted off, some thought Gemma had made a dig at Katie, saying she didn't spend much time rehearsing for the show.

When she appeared on Steph's Packed Lunch with Gorka on Tuesday, Gemma said Katie is "lovely" and said she encouraged Gorka to hang out with her outside the show.

Steph McGovern asked Gorka about Katie's rehearsals and he said she was so busy with work she couldn't give any more time.

He said: "Obviously when you come to the show, the show is very demanding, as John knows already and Gemma knows from the past.

"The more hours you can do the better because there's so many things you need to think about, especially with someone like Katie who never danced before, no dance experience.

"Not having enough time it's a real difficulty, but even if she had two hours she used to come with positive energy to training"

Gorka revealed that Katie used to call him when she had a break so she could fit some practise in.

"You're filming so much," Gemma chimed in.

He continued: "You need to practise 18 hours a day and when you're filming from 7am to 7pm a day you really cant."

Gemma said she did her radio show from 6am to 10am and then would rehearse with her professional dancing partner Alijaz Skorjanec from 10:30am to 6:30pm when she was on Strictly.

"Even then I struggled with those hours," Gemma said.

She went on: "I chatted to Katie because she was lovely, we spoke on Tuesday. I was just trying my best to give her some advice."

Gorka was then asked if AJ Odudu and her partner Kai Widdrington were together, and he said they were just good friends.

"They want either want a Strictly curse or Strictly fallouts!" Gemma laughed

An audience member then asked Gemma if she ever disliked any partner Gorka has had, to which she replied: "The press have said I've disliked all of them, in fact I've read an article saying I was to blame for Saturday because they lacked chemistry because they were fearful of me."

Gemma said she tried to encourage a bond between Gorka and Katie by telling him to take her for dinner and coffees.

She went on: "Because I know how daunting it is, when I danced with Alijaz I met Janette [Manrara, Alijaz's wife] and I knew he was a married man.

"The rumba was difficult because you have to be so sensual and Janette took me aside and said 'Look you're dancing, it's an acting job for the night, just go for it, don't hold back because of me.'

"I never want Gorka's partners to feel they have to hold back because of me, in the same respect if I did an acting job and had to kiss someone, I wouldn't want him piping up. I'm always encouraging."