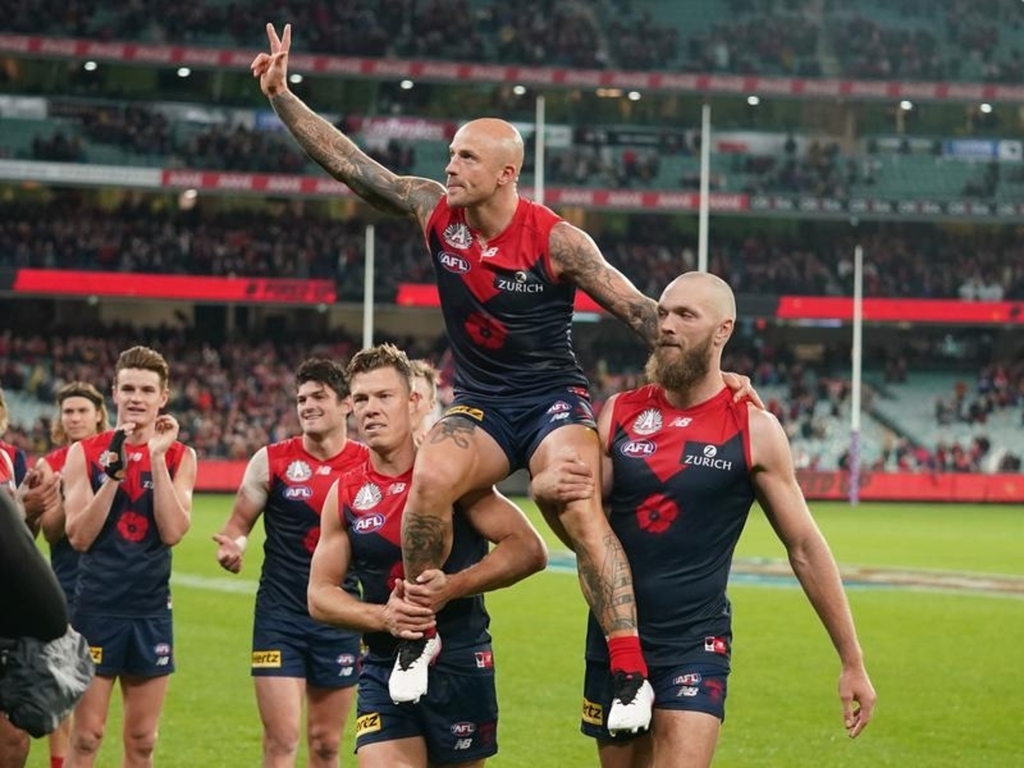 AFL veteran Nathan Jones just made it back from Perth in time for the birth of his twins.

His wife Jerri gave birth to Odie and Dove on Sunday morning after an emergency C-section.

They announced the births via social media on Tuesday afternoon. They now have four children.

Jones decided to return to Melbourne for the births, rather than stay in Perth for the Demons' grand final on Saturday week against the Western Bulldogs.

Melbourne captain Max Gawn has revealed he spent weeks trying to talk Jones into staying with the team.

But Gawn concedes that Jones' wish to be at the births was a formidable trump card.

Gawn has lauded Jones' influence on himself and other key Melbourne players ahead of the grand final, where the Demons will try to end their 57-year premiership drought.

"I've always been the one trying to convince him to stay," Gawn told RSN.

"But he had a pretty good trump card and that trump card was the birth of his twins."

Jones also has not been in the senior team since round 15, with Tom Sparrow and James Jordon keeping him out of the lineup.

"Nathan saw that there was potentially less than 10 per cent chance of him playing and family is really important to him," Gawn said.

Regardless of the practicalities, Gawn said it was still emotional when Jones confirmed he would return to Melbourne.

Jones is a spiritual leader at the Demons, given the former captain and 300-gamer stayed loyal through some hellish times at the club.

But Gawn noted he has also been a massive influence on key Melbourne players such as himself, Christian Petracca, Clayton Oliver and Angus Brayshaw.

"He's big on the legacy that he's going to leave," Gawn said.

"He was my favourite captain, he was a tremendous captain.

"He led me to the person I am today and also multiple people who are in the team today."

Gawn said he became emotional immediately after last Friday night's preliminary final win over Geelong, when Jones and several other non-playing teammates ran onto the field to celebrate.

"That's when I realised what we'd done," he said.

"We're all taking this team to new levels, I'm just the lucky one who has the 'C' next to his name.

"We're going to be put to our ultimate test to see how our maturity is, by a ring-a-ding-ding grand final between the two teams who have been (near) top of the ladder since round one."

Key defender Steven May injured a hamstring against the Cats and had a light run on Monday, but Gawn confirmed he is far from proving his grand final fitness.

"He is good, but he hasn't been put to the test yet - that will come Wednesday, Saturday," Gawn said.