‘Trumpism is not dead’, Gavin Newsom warns after fending off recall effort to remain governor of California 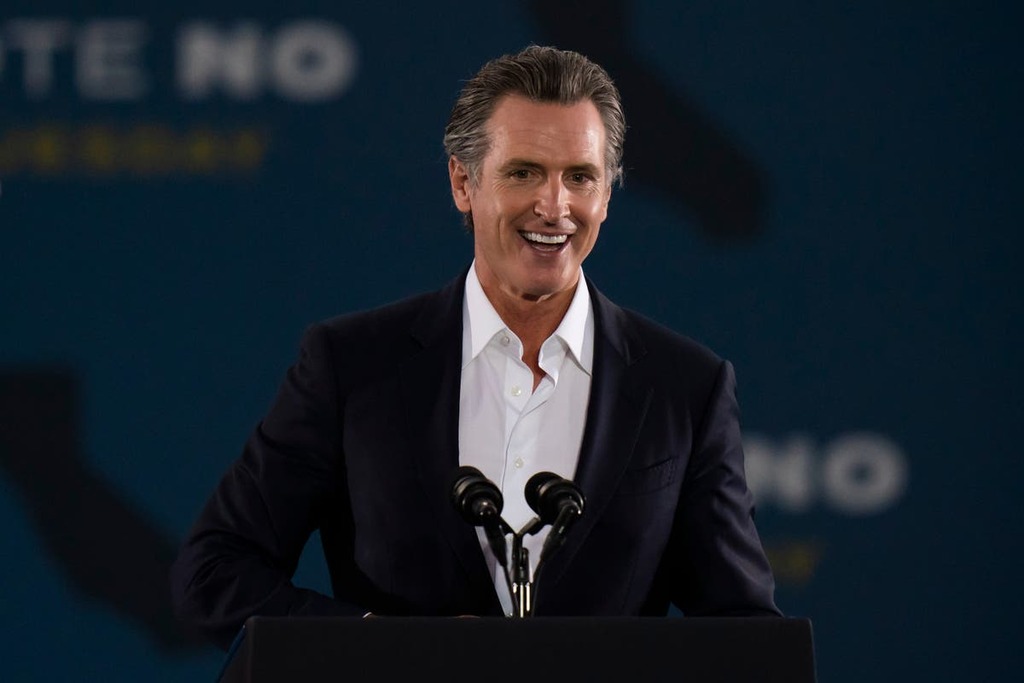 California governor Gavin Newsom will remain in office, after fending off a historic recall election that challenged his handling of the coronavirus pandemic and would have altered the political balance of the state and country at large.

The special election result was called by US television networks and the Associated Press by late Tuesday, with early results showing Mr Newsom easily winning a majority of support from voters.

“I’m humbled and grateful to the millions and millions of Californians that exercised their fundamental right to vote,” Mr Newsom said in a victory speech in the state capital Sacramento.

The governor beat out a field of more than 80 candidates in the recall – only the second in state history to make it onto the ballot – including the provocative conservative radio host Larry Elder, who became the leading challenger late in the race.

Taking a page from Donald Trump’s book, the Elder campaign began baselessly insisting the contest was rigged before the votes were even finished being tallied.

The campaign set up an online forum where Californians could report incidents of perceived fraud, and also claimed without evidence they had “detected fraud” in the election “resulting in Governor Gavin Newsom being reinstated as governor”, even though vote totals hadn’t been publicly announced yet.

Mr Trump joined the conspiratorial pile-on, claiming without evidence on Monday that “Millions and millions of Mail-In Ballots will make this just another giant Election Scam, no different, but less blatant, than the 2020 Presidential Election Scam!”

Following his victory, Mr Newsom hit out at Mr Trump over the suggestion the ballot was rigged, saying: “Democracy is not a football. You don't just throw it around. It's more like, I don't know, an antique vase. You can drop it and smash it in a million pieces. And that's what we're capable of doing if we don't stand up and meet the moment.”

He added: “We may have defeated Trump, but Trumpism is not dead in this country.”

Despite a shaky month of August where “yes” and “no” recall votes were polling nearly equally, the governor was expected to cruise to an easy win and came into Tuesday’s election with a projected margin of victory of more than 15 per cent. A phalanx of high-profile allies, including president Biden, vice president Harris, and US senators Amy Klobuchar and Elizabeth Warren also joined the governor in California for last-minute campaign support.

Efforts to recall Mr Newsom, the liberal former mayor of San Francisco, began almost immediately when he took office as governor in 2019, though none of the campaigns from pro-Trump groups succeeded in garnering a large statewide following.

The governor enjoyed wide support across the state at the beginning of the pandemic, earning plaudits for being the first state in the country to order a lockdown and boasting a 64 per cent approval rating in September 2020.

Things took a dramatic nose dive when pictures leaked of Mr Newsom dining without a mask at a lobbyist friend’s birthday party at The French Laundry, a luxury restaurant in Napa, even as many businesses across the state remained closed or restricted. (The governor has since apologised.)

His support fell to less than half of the state in a manner of a few weeks. The recall campaign, led by a former Yolo County sheriff’s sergeant named Orrin Heatlie, suddenly had wind in its sails, and racked up a total of 1.7 million signatures in short order.

Republicans came out of the woodwork to challenge Mr Newsom’s hold on the deeply blue state, including Kevin Faulconer, the former mayor of San Diego; John Cox, a San Diego businessman; and Caitlyn Jenner, the reality TV personality and former Olympic athlete.

None of them, especially with the ascendance of Mr Elder, had much of a shot at winning in the crowded field, political insiders told The Independent. The state has got even more Democratic since voters recalled Democrat Gray Davis in favour of the Republican Arnold Schwarzenegger in 2003.

“Part of the challenge for Republicans for decades at this point is that none of them are provided a platform to build up statewide name ID and recognition,” Jason Roe, a Republican consultant who previously worked for former Republican San Diego Mayor Kevin Faulconer, said before the election.

The governor framed the recall effort, which grew to prominence riding waves of outrage over coronavirus shutdown measures, as part of a larger struggle against right-wing ideology taking over US politics.

“We defeated Trump last year, and thank you, but we haven’t defeated Trumpism,” the governor said multiple times during the final stretch of his recall campaign. “This is a matter of life and death.”

If Mr Newsom had lost it would have been a major blow to the largely Democratic state, potentially altering the balance of the US Senate if one of California’s senators resigned and a temporary successor was appointed by the governor.

Political observers were also concerned that other candidates like Mr Elder seemed to be copying former president Trump’s strategy of sowing doubt as to the integrity of the election system to cover for clear losses at the polls.

“This is really becoming the standard GOP playbook,” Lee Drutman, a senior fellow at the New America think tank, told NBC News. “This is democracy 101. If you don’t have elections that are accepted and decisive, then you don’t really have a democracy, because the alternative is violence or authoritarianism.”

Mr Newsom won’t have too long to rest though: he’s up for re-election in 2022.