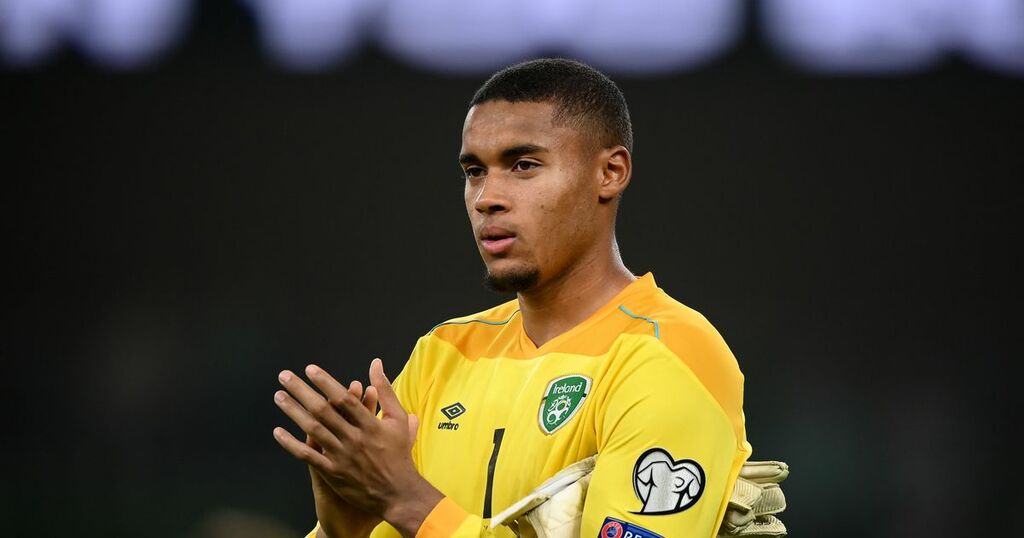 The Blues signed Bazunu from Shamrock Rovers in 2018, winning the race for his signature ahead of Tottenham and Chelsea.

Bazunu, 19, spent last season on loan at Rochdale and he's since made a temporary switch to Portsmouth for the new campaign, although it's actually been his glittering displays for Ireland during the international break that have recently earned him plaudits.

The young stopper saved Cristiano Ronaldo's penalty last week before performing well against Serbia and his former manager Bradley - who handed Bazunu his debut at Shamrock Rovers at 16 - has admitted he expects him to become one of the best.

“That’s obviously for them [City] to decide. They have their plans and they know what’s in the building," Bradley told the Independent.

"Xavi, their goalkeeper coach, was there the other night and they really like Gavin. But again, I don’t know their plans for him. What I do know is that Gavin can play at the highest level, there is no doubt in my mind that he can do that.

"Please God injuries allow him to do that because in my opinion, that is the only thing that would stop him. When you are around Gavin and you understand how he operates and how he carries himself and how respectful he is.

"How mannerly and hard-working he is, you get a feeling that this guy is different. He is focusing on being the best. Sometimes you get a kid who has had a good performance but is it a one-off. With this guy, you know there is only more to come with him.”