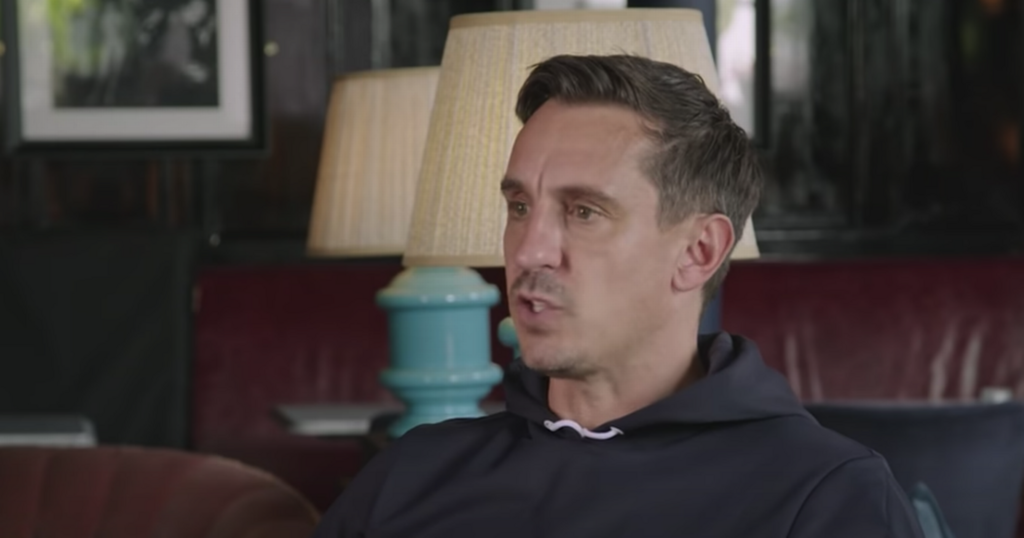 From Old Trafford to the Santiago Bernabeu, Gary Neville has travelled the world and seen all of the great stadia world football has to offer.

But the Manchester United great admits nothing quite compares to Ibrox.

Rangers and Celtic are renowned the world over for the fearsome atmospheres they create for the big games, particularly in Europe.

We've heard everyone from Lionel Messi to Zlatan Ibrahimovic wax lyrical about Parkhead and how it comes to life under the floodlights in the Champions League and the Europa League.

But Neville, who ran out at Ibrox just once back in 2003, says it's their rivals across the city who made the biggest impression on him.

The pundit was speaking on LADbible TV as he answered fan questions and it wasn't long before he was asked about the best atmosphere he has ever experienced.

And without hesitation, he responded: “Ibrox. Honestly, we played them up there in the Champions League game.

“Celtic Park was incredible. Turkey, Istanbul, Galatasaray, is probably the most ferocious atmosphere that I have ever seen, but Ibrox is definitely the loudest.

“I remember before the game at the point around kickoff, just before, I don’t think I have heard noise like it.

“That includes all the greatest stadiums around Europe and the world. It was unbelievable, it was absolutely unbelievable.”