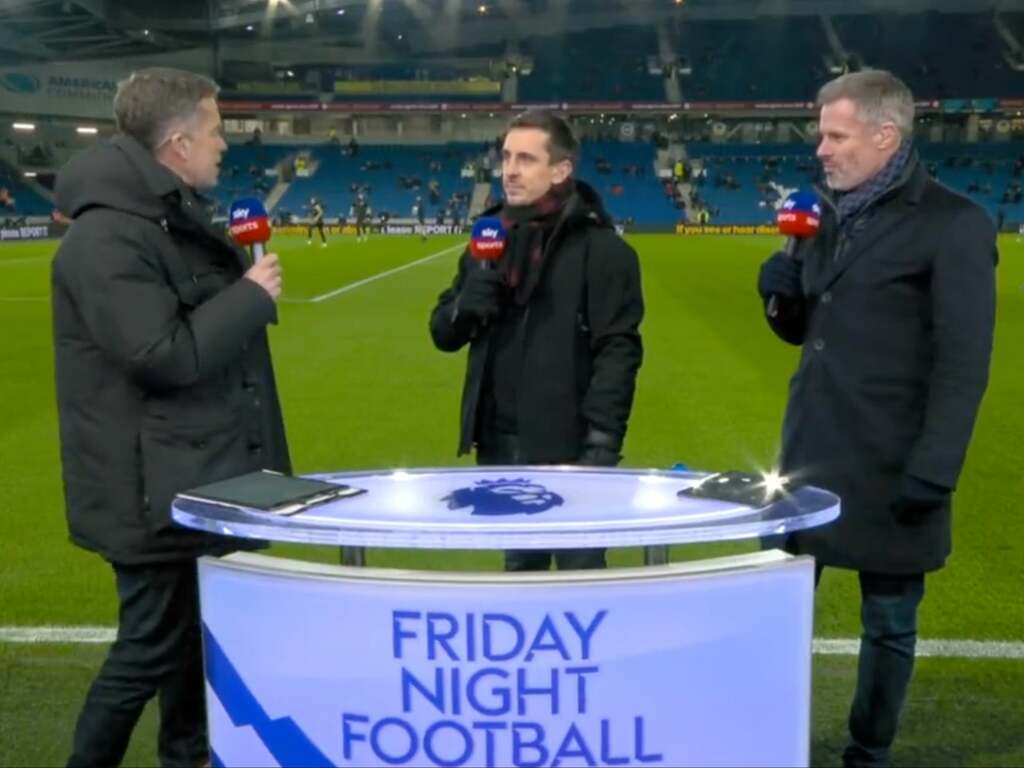 Neville and Carragher were speaking on Friday Night Football ahead of the Brighton vs Crystal Palace match, when they took a hit at the Prime Minister in a subtle but completely brutal way.

"It is a peculiar rivalry, but to be fair we get these Friday night football matches, we were at the Brentford one last time it was absolutely fantastic,” Neville said of the event.

"We always seem to just get a massive party,” he added.

Gary 🗣 "We get these Friday night matches, and we always seem to get a massive party."

Carra 🗣 "Let's be straight this is not a party tonight, this is about work."@Carra23 | @GNev2 👀 pic.twitter.com/c6BV1Adxvu

Carragher then joked that the players need to know the difference between work and a party.

"Let's be straight tonight though this is not a party this is about work," he said.

He continued, "If you speak to Graham Potter, Patrick Vieira, those 22 players on the pitch, they have got to know the difference between work and a party and if they get that wrong and think they are in party mode, they are going to be in big, big trouble."

While the two made it through the exchange with a straight face, they suddenly burst into laughter when Neville commented that this felt like a “political broadcast.”

Relentless revelations of Downing Street events which occurred during the UK’ strict pandemic lockdowns have emerged over recent weeks, infuriating the nation.

On Friday Downing Street publicly apologized to the Queen after damning evidence came to light that at least one of the parties included booze, and was held on the eve of Prince Philip's funeral.

These 2 are absolutely excellent to watch 😂😂 how they kept a straight face is beyond me https://t.co/PDKtWI7TIH

Oh, this is so good!! #PartyGate https://t.co/rsXRqigL4B