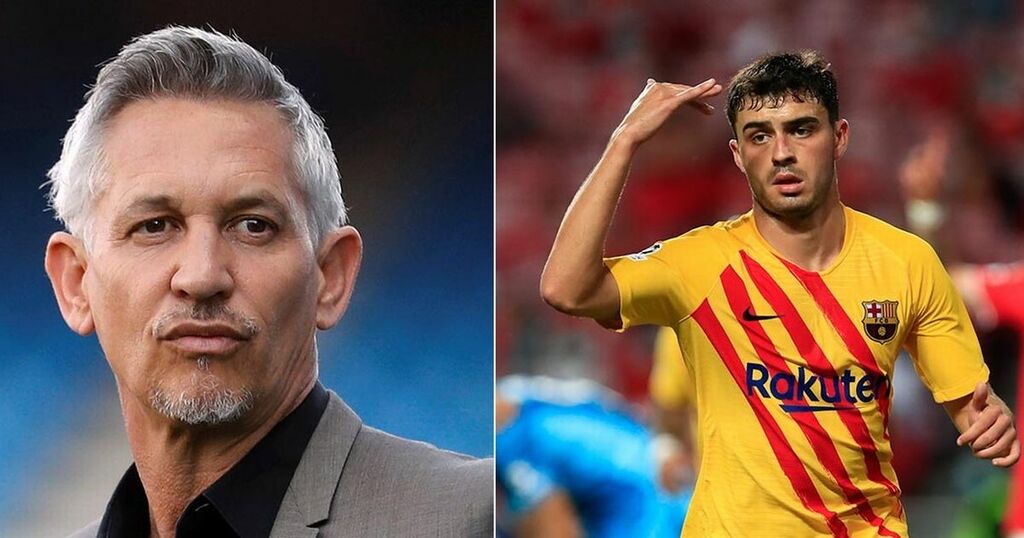 Gary Lineker has been left stunned by the new release clause of Barcelona's teen sensation Pedri - which now sits at €1billion.

Given their perilous financial situation, it was seen as crucial that Barca not only tie down the stars they have among their current crop - but also ensure they can't leave for a cut-price fee.

Both Pedri and fellow young star Ansu Fati are the first in line to be offered new contracts, though both deals are currently awaiting official confirmation from the club.

It has been claimed that Pedri's deal could potentially be announced within the next few hours, while Lineker could barely fathom the size of the figure it will now take to pry the midfielder away from the Camp Nou.

The news of Pedri's extension will make for unwelcome reading for Liverpool fans after the Reds were touted with a potential mega-money move for the 18-year-old.

After impressing for Barca over the course of last season before cementing his status as one of the continent's brightest talents at Euro 2020, Liverpool reportedly registered an interest.

Heralded by some as the next Andres Iniesta, Italian outlet Tutto Mercato Web touted Pedri as a name Reds boss Jurgen Klopp had shortlisted.

However, it is unlikely that any side - let alone Liverpool, who are always conscious of their spending, will be willing to fork out a jaw-dropping €1bn for one player.

Those at the top of the Barca hierarchy will be overjoyed that Pedri has agreed to commit his long-term future to the club given the troubled times they currently find themselves in.

The Catalan outfit languish as low as ninth in the La Liga table, while enduring an even worse start to their Champions League campaign.

The pressure is mounting on manager Ronald Koeman, who himself conceded he is unsure if he has the backing of the board after the recent 3-0 defeat away at Benfica.

HAVE YOUR SAY! Will anyone ever pay Pedri's new release clause? Comment below.

"I'm not going to argue about the level of my team. There's no point in comparing this with Barcelona teams of years gone by. That's as clear as water," Koeman explained after the full-time whistle in Portugal.

"I can only give you my opinion of my work at the club - I feel backed by my players and their attitude.

"The rest, the club, I'm not sure...I can't say any more, because I don't know what the club thinks in that sense. It's not in my hands."