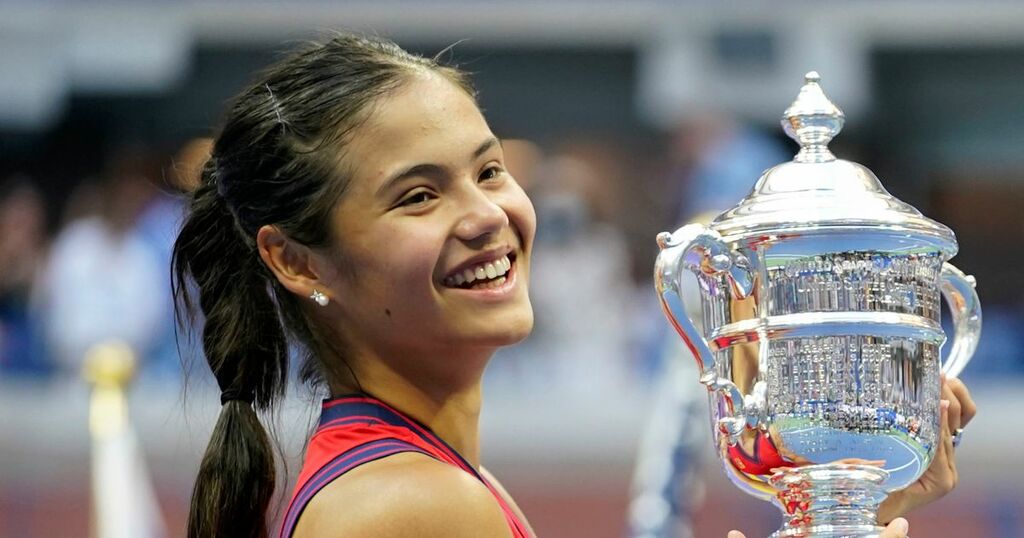 Former England striker Gary Lineker has sent a message to British teenage sensation Emma Raducanu regarding the BBC Sports Personality of the Year.

The 18-year-old shocked the world as she came through the qualifying rounds to win the US Open on Saturday night.

She became the first qualifier in history to win a Grand Slam and just the second woman to win the US Open on debut.

Millions of Brits tuned in to watch the teen’s historic win at Flushing Meadows, with a peak audience of 9.2m watching the showpiece final on Channel 4.

Raducanu received many messages from famous faces after her victory, including Match of the Day host Gary Lineker, who suspects she will be in the running for the prestigious Sports Personality of the Year gong.

He tweeted last night: “First time in my life I’ve ever tweeted whilst on air but my goodness what a performance, what a triumph, what an amazing young woman. Congratulations @EmmaRaducanu on a truly staggering achievement. US Open winner at 18 without losing a set. Extraordinarily fabulous.

Lineker, who hosts the annual awards show, added soon after: “A note for your diary, @EmmaRaducanu: BBC Sports Personality Of The Year is December 12th. Hope to see you there.”

According to Betfair spokesperson Sam Rosbottom, the first female British winner of the US Open since Virginia Wade since 1968, should fancy her chances at winning the award.

“After making history in the US Open, Emma Raducanu now looks set to add the BBC Sports Personality of the Year Award to her trophy collection, with Betfair’s odds of 1/12 suggesting it’s all but certain she’ll pick up the SPOTY gong later this year,” he said.

“Raducanu’s pre-tournament odds of 499/1 underline her incredible achievement and British tennis’ new star will head to Wimbledon next year amongst the favourites at 10/1.”

Raducanu is currently favourite for the crown with odds of 1/12, with Olympic champion Tom Daley in second with odds of 9/2.

Swimmer Adam Peaty, who retained his Olympic title in Tokyo and seven-time F1 world champion Lewis Hamilton, both have odds of 12/1.

With the Australian Open taking place in January next year, Betfair have Raducanu 14/1 to win the title down under, and 10/1 to take the 2022 Wimbledon title.

Following her epic win, a delighted Raducanu told the New York crowd: "I would say having such a supportive team, the LTA my agent, and everyone back home watching on TV, thank you so much for your support over the years.

"Thank you for making me feel so at home from my first qualifying match, you have spurred me on in some difficult moments and I hope me and Leylah put on a good match today."