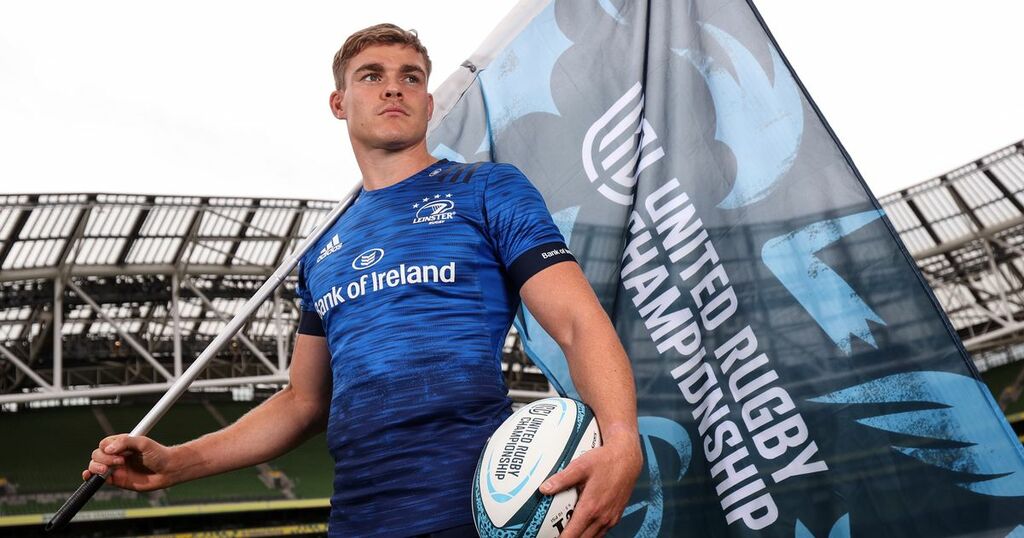 Garry Ringrose has added his voice of support to the Irish women's interpro players who had to tog out on waste ground at Energia Park before the championship finale last Saturday.

Connacht and Ulster players changed beside bins and with rats nearby and, following extensive social media coverage, the IRFU and Leinster Rugby apologised for the situation, describing it as an 'unacceptable error'.

The IRFU later explained that Leinster's match day operation staff were not on site by the time the changing facilities had been set up and has launched an internal review, but that hasn't lessened the chorus of complaints over the issue.

Commenting today, Leinster and Ireland star Ringrose said: “I actually saw a video of it on Instagram and it is obviously pretty ridiculous and there was clearly a massive mix-up.

"But I can’t imagine it is a mistake that should ever be made again.

"I don’t really know the ins and outs of it other than that it was a massive mistake and one that shouldn’t have happened but one that, as I said, shouldn’t happen again.”

Ringrose is unsure as yet as to when he can play for the province again after a shoulder operation, although he said that his rehabilitation period has gone really well.

"I had an IKD test out in Santry on Monday that the numbers checked out so it’s going to intensify the contact and once I jump through a few hoops on that I’ll hopefully be good to go," he said.

"If I do that today, tomorrow and Friday, that’ll give me a clear picture for next week but it’s definitely trending in the right direction.

"I would be hoping it would be shorter than a month but if I go through the process the next few days and next week then I’ll have a clearer idea.”

Ringrose was Leinster and Ireland's Player of the Year for the 2019-20 season but missed out on a Lions berth after an injury-hit season.

"I wasn’t naïve to the fact that I didn’t have the best year in the lead-up to it.

"I'm aware of the stop-start nature of the season and picking up a couple of injuries was probably the most frustrating part given the fact all four of them were kind of broken bone (including two jaw fractures).

“So it’s not as if it was anything in my preparation or recovery or attention to detail, it was just the nature of the game, I probably had five years of bad luck squeezed into one season.

"You always hope for the best and prepare for the worst, so disappointed, but it is a new year.

“After the year-and-a-half previous it was nice to get a break and I think everyone enjoyed getting four weeks to reset and get a clearer picture in terms of what schedule we would be facing off the back of that 18 months of uncertainty and things changing on a monthly basis.

“It definitely feels like a new year and a fresh beginning for everyone, including myself, so I am incredibly motivated and excited to get back.

"It’s never ideal picking up an injury with my shoulder at the tail end of last year but I have been lucky that it hasn’t sacrificed too many games and I am almost good to go now.”

Meanwhile Leinster Rugby have today confirmed, in line with current government guidelines, that supporter numbers at the first United Rugby Championship game against the Vodacom Bulls will be set at 75% of Aviva Stadium's capacity.

The Vodacom Bulls - the reigning back to back Currie Cup champions - will be the first South African club team to play there in the new tournament, with the game kicking off at 5.15pm on Saturday, 25 September.

“I don’t think I’d ever describe any South African team as being an easier one, having studied them on film but the Bulls have been incredible," said Ringrose.

"Maybe the narrative around the way South African teams is put to bed a little bit by the Bulls when you look at their past five or six results and they are close to 40-50 points a game.

“They are probably a team who can do it all. You have a guy like Coetzee who is well-drilled on Leinster from his time at Ulster and is a cult hero at the Bulls so I’m sure he’ll have the lads well-drilled and ready for the challenge of playing Leinster.

"It’s certainly the most in-form team coming in hot.”

*RTÉ and TG4 have announced that together they will deliver over 150 hours of world class club rugby to Irish audiences free-to-air.

Games involving all four Irish provinces will be live and free-to-air on Irish television as the URC kicks off its inaugural season next weekend.

RTÉ and TG4’s live, free-to-air coverage of the new championship begins with Connacht live on TG4 on Friday 24 September, followed by an action-packed rugby Saturday (25 September) as Leinster are live on TG4, and Munster live on RTÉ.