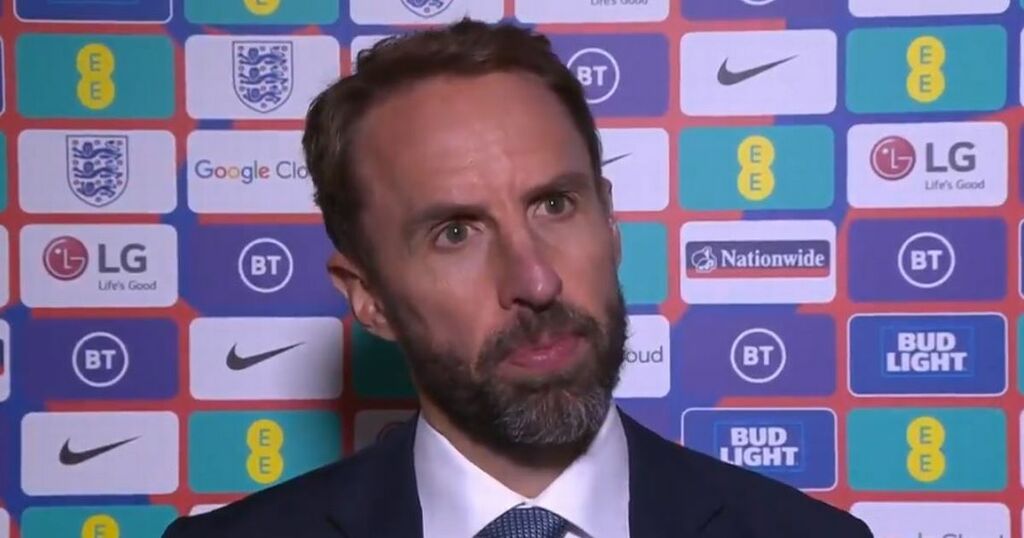 Gareth Southgate has admitted that the decision to withdraw Jack Grealish had a negative impact on England’s attacking movements in the closing stages of the 1-1 draw with Hungary.

The Manchester City star was one of the Three Lions’ standout players on what was a frustrating night at Wembley.

After beating Hungary 4-0 in Budapest just weeks ago, many expected a similar result in what would have all but secured their World Cup qualification.

However, it was a vastly different performance from the Magyars this time around, with Marco Rossi’s side on the front foot from the off.

They took a surprise lead after 25 minutes when Rolan Sallai converted a penalty following a Luke Shaw penalty.

John Stones equalised before the break, but England failed to ever truly kick on and with his side chasing a winner, Southgate opted to take Grealish off in place of Bukayo Saka.

The England boss made four changes in all, but they failed to find a winner, with their lead at the top of Group I now standing at just three points.

Speaking about the Grealish substitute, Southgate suggested it was to improve their defensive shape, although it didn’t help them offensively.

“We wanted to change the shape to pose a different problem but also to stop the counter attacks, and you have to take one of the forwards off to do that,” Southgate explained.

“That made us less vulnerable but it didn’t really improve our attacking play. There were individual pieces of skill rather than fluid team movements.”

ITV pundit Ian Wright questioned the change, with the former Aston Villa man one of the few players to really trouble Hungary’s low-block.

"You have to give Hungary credit, they closed down from the front, kept their energy up all the way through the game,” Wright said.

“Jack Grealish, disappointing to see him go off because he was the one player who did have the spark but in the main you just have to hold your hands up and say well it didn’t quite happen we didn’t lose the game but there’s a lot to think about."

The result means England will need to beat Albania and San Marino next month to book their place in Qatar and Southgate told his players they will need to rediscover the level they have shown for much of 2021.

He added: “I don’t think we played at the level we have done and Hungary defended very well. We didn’t do enough to win the game.

“I don’t know if subconsciously we thought this was going to be an easier game because we beat them comfortably in September but they’ve been very good defensively right through the summer.

“In the first few minutes we were taking heavy touches and colliding into tackles. We didn’t show the composure and quality that we have done generally.”