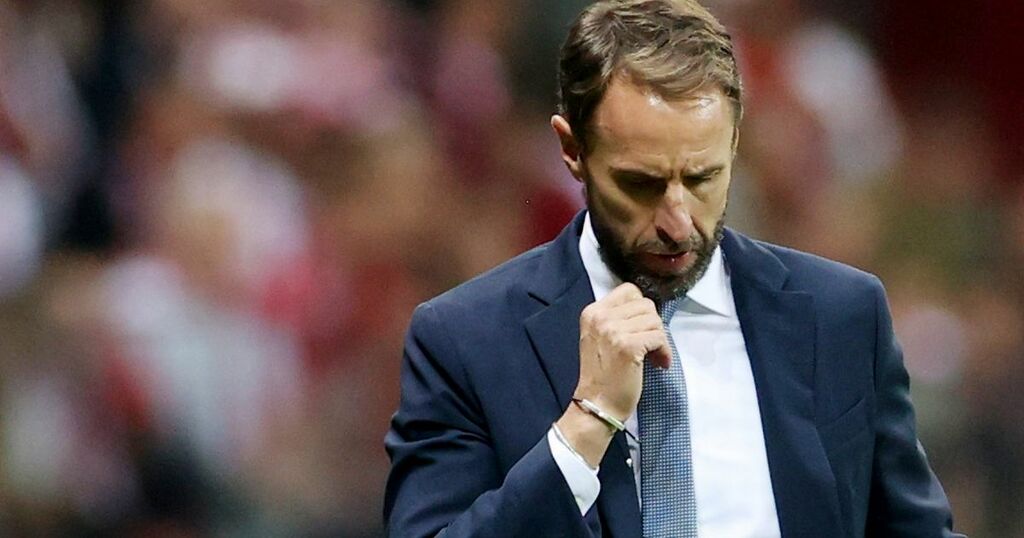 Finally, the winning run came to an end as England’s familiar foes snatched a result deep into injury time.

It was cruel because the equaliser was so late, Harry Kane’s wonder goal was good enough to win any game and it planted a tiny seed of doubt in England’s minds.

Gareth Southgate’s men are still in charge of Group I, four points clear of Albania and they still have to play San Marino and Andorra again so there are plenty of opportunities.

But it is a measure of how far England have come that a draw in Warsaw, just avoiding defeat to Poland is no longer seen as a good result because they had built up so much winning momentum.

When Damian Szymanski headed home in the 92nd minute, the National Stadium erupted as Poland stopped England in their tracks.

England just could not hold on, they ran out of steam and Southgate inexplicably did not make a substitution even though you could see his players looking tired and ragged in the closing stages.

Mason Mount had a quiet game, the defence looked vulnerable and Robert Lewandowski just had too much for a tired Kyle Walker in the build-up to the equaliser, turning the England right back inside out before putting over a cross.

England had managed the game so well, shown so much maturity and discipline to keep their heads when the tackles and kicks were flying in.

But yet again, Southgate’s failure to react in games, his failure to make changes both to personnel and tactics deserves to leave him facing difficult questions.

England have come so close under Southgate and this is by no means a disaster but, on the biggest stage, the best international managers see the signs and react.

It was the first time since May 2014 under Roy Hodgson, that England did not make a substitution in a game. And it was crying out for one when England needed new energy the most.

Poland are such a familiar opponent, it feels like England draw them in every qualifying campaign and out of 21 qualifiers they have shared six 1-1 draws. This smacked of that familiar feeling of frustration.

It boiled over at half time when Harry Maguire and Kamil Glik were both booked after an ugly bust-up which followed Glik grabbing Walker by the throat.

England came out for the second half looking focused and ready. Raheem Sterling went close, Jack Grealish tricked and teased and took some heavy punishment in the process before Maguire headed against the post.

Did England do enough to win the game? Comment below.

That felt like it was a moment when Kane picked up the baton ready to show what he could do as he intends to prove he is the heir to Lewandowski’s throne.

It was a great goal. Kane’s 41st in 64 caps and he is now just 12 behind all time top scorer Wayne Rooney with so much time on his hands. England only had to see out another 20 minutes.

But Poland stormed back. Pickford had a let-off when Karol Swiderski charged down his clearance and you could sense the goal was coming.

Finally, England succumbed. Szymanski headed home. England are still on course for Qatar, this will largely be the team which starts the tournament but this showed that the players and the manager still have lessons to learn.