Gareth Southgate: England ‘not at level needed’ in Hungary draw - ‘we’ll look at the balance of the team’ 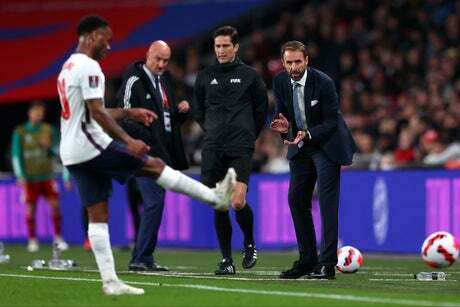 Gareth Southgate bemoaned a disappointing performance from his England side as the Three Lions were held to a draw by Hungary.

The visitors took the lead from the penalty spot, converted by Roland Sallai after Luke Shaw had caught Loic Nego with a high boot.

England levelled through John Stones with his first international goal since the World Cup in 2018 but from there looked stodgy and struggled to create chances despite the depth of attacking talent on the pitch.

Southgate started Phil Foden, Jack Grealish and Mason Mount together with Harry Kane leading the line and Raheem Sterling in support but the pre-game excitement over the attacking lineup did not match what followed on the pitch.

“[It was a] disappointing performance,” said Southgate. “Full credit to Hungary, they caused us a tactical problem and we were not fluid. We did not play at the level we need to play, simple as that. [It’s] difficult to pin-point and we will look at the balance of the team. We made simple mistakes with the ball.

“We have to go away and reflect and should not judge things on one game and that experiment. From the start, we were not sharp with our play, gave the ball away, were over-running things and for the first time in a long time we have to hold our hands up today.

“I don’t think we should look at individuals, collectively we did not play at the level we need to.”