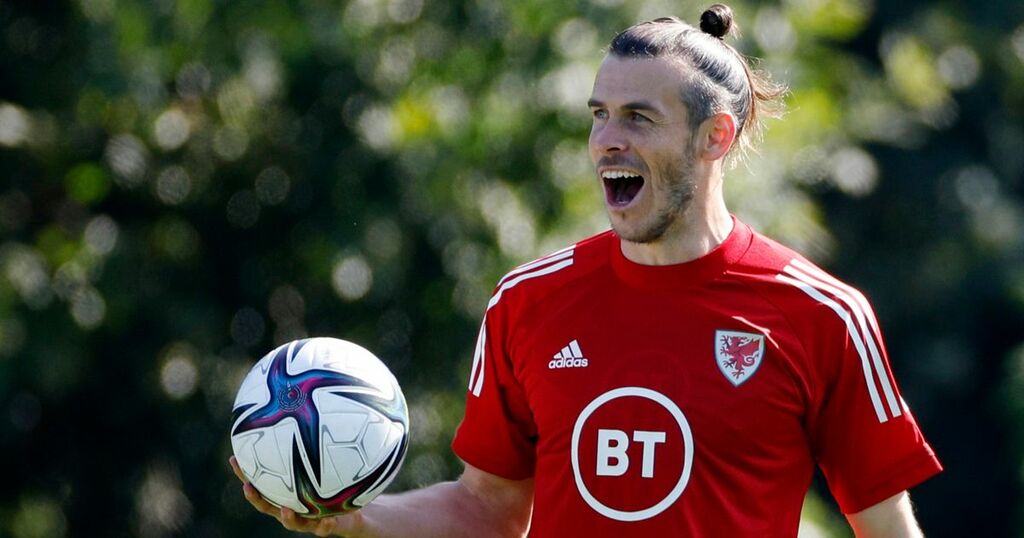 Wales were without 13 players for their World Cup qualifier against Belarus on Sunday, with the list of reasons why almost as long as the trek to neutral Kazan for the match.

Injury, suspension, Covid-19 and visa issues were all identified on the absence list as the likes of Aaron Ramsey, Harry Wilson, Ethan Ampadu and Kieffer Moore all missed out, but you suspect that it would take a combination of all those factors and more to keep Gareth Bale away.

And how delighted Wales must be with that.

The depleted ranks and a cabbage patch of a pitch clearly played a part, but the Welsh were poor against Belarus, surrendering an early lead given to them thanks to a Bale penalty as lax defending allowed the unfancied 'hosts' back in to lead by half-time.

In the end Bale dragged Robert Page's side over the line to win 3-2, the talisman adding to his two penalties with a third goal in stoppage time which he almost bullied over the goalline and through the despairing dive of forlorn goalkeeper Sergey Chernik.

This wasn't quite 'make or break' in the way some would have had you believe, and Bale didn't rescue Wales' World Cup hopes from the dead, but what he did do was unleash a shot of joy into a nation's arm at a time when it would have been easy to lie down and accept that circumstances had made winning this game too difficult.

Bale, as he has done so often before, provided the inspiration that was sorely lacking in a team that looked a long way off the side that qualified for Euro 2020 and which made it out of the group stages.

He once again looked to be the footballer that is head and shoulders above everyone else on the pitch, as he has been for most of his Wales career but not necessarily recently.

After all Chernik was the first man he'd beaten in international football for 23 months, and the goals that made up his second Wales hat-trick were his first for his country outside of Wales since his previous treble against China some three-and-a-half years ago.

The reduction in quality of his teammates in Kazan was of course a factor, but Bale looked to be back to the type of Bale we know him to be. But that really shouldn't be all that surprising given what we've seen of late.

This is a man, after all, who scored 16 goals for Tottenham last season. And before you point to cup competitions, 11 of them were in the Premier League.

That is the same amount as the likes of Sadio Mane and Marcus Rashford, and more than Pierre-Emerick Aubameyang, Raheem Sterling, Edinson Cavani and Roberto Firmino.

You suspect that none of those players would have been faced with retirement questions upon their exit from a major tournament in the way that the 32-year-old Bale was after Wales were knocked out of the Euros, but such is his life. He is of course supposed to be winding down, or more interested in golf.

The arrival of Carlo Ancelotti back at Real Madrid might just have changed all that though, and even changed some long-held perceptions.

Bale has started all three La Liga games since the Italian returned to the Spanish capital, scoring in the 3-3 draw with Levante.

His fitness levels have somewhat surprised Spanish football onlookers, and the daily sports paper AS - usually one of his fiercest critics - were hugely impressed with the Belarus showing.

"His attitude is what we all wanted to see," they said in an editorial. "In Kazan we saw Bale again, plugged in as if his life depended on it."

Cast aside by Zinedine Zidane as Real loaned him to Spurs, a move which now sees him don the unfamiliar No.18 shirt following his return, Bale now has his "second father" in charge at his club according to AS, who are eagerly anticipating his first match at the now renovated Bernabeu since March 2020 when Celta Vigo visit on Sunday.

One misplaced pass there is likely to get the crowd on his back again, but at least Bale will go into the game having played in front of Wales' biggest home crowd for almost two years when Estonia come to the Cardiff City Stadium in a World Cup qualifier on Wednesday.

This one really does seem must win, and with Bale motivated by the desire to drive Wales towards a first World Cup since 1958 - his dream destination, regardless of what happens upon the expiration of his Real contract next summer - he is sure to be 'plugged in' again as the Welsh look to go second in the group above the Czech Republic.

He'll have more of a supporting cast this time too, as several faces who were missing in Kazan return.

They'll all be in no doubt as to who the main man is though, as a nation pins their hopes on Bale once again.