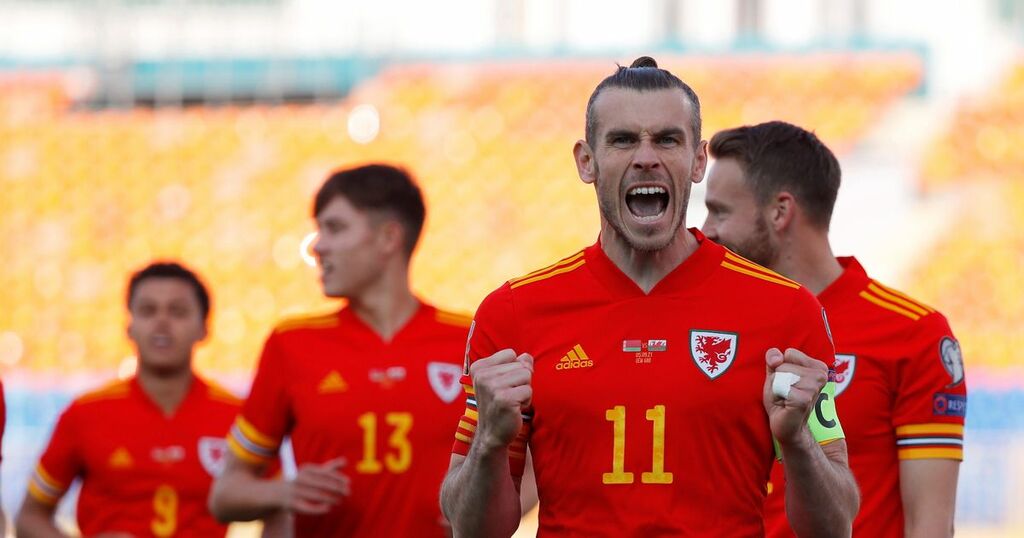 Gareth Bale is hungry for more Wales goals after insisting he would have had a bigger tally if he hadn't started his senior career at left-back.

Wales skipper and attacking ace Bale is poised to win his 99th cap against Estonia with a bumper home crowd set to attend the Cardiff City Stadium on Wednesday night.

Victory will lift Wales to second in Group E behind leaders Belgium to keep alive hopes of still potentially finishing top and qualifying automatically for next year's World Cup.

Bale is in determined mood after an injury-time winner against Belarus to complete a hat-trick and take his tally to 36 international goals after 16 games without notching.

Wales record-scorer Bale,32, a former Southampton trainee who started as full-back, said: “I got the match ball, made sure of that.

“It would be nice to get to 40, I guess, the closest round number.

“The thing for me is I played my first 25 games at left-back, so it doesn’t help the stats.

“I knew I hadn’t scored in a while but I was getting into positions, I just wasn’t finishing them.

“It’s always nice to score and it’s nice to have broken the record but now it’s about helping the team try to achieve success as a country, make everyone proud and inspire youngsters.

“I believe there is still more to achieve otherwise I wouldn't be playing.

"We have the mindset of trying to qualify for the World Cup.

"We know it's going to be very difficult to win the group or even get a play-off spot to qualify.

"But we believe in ourselves, we believe on our day we can beat any team.

“Even when we don't perform so well we all stick together and try to pull through."

Bale is back in Real Madrid for the final year of his £600,000-a-week contract after spending last term on loan at Spurs.

He scored 17 goals in all competitions for Tottenham but only started 10 Premier League games.

Now Wales boss Page believes Bale is in a decent frame of mind after starting all three of Real's games so far this term under new boss Carlo Ancelotti.

Page assessed: “I have seen a spring in his step in training.

“We have seen that in the game he played last week.

“Anytime they come on camp, you want your players playing.

“He is playing football for his club and we are seeing the benefits of that.

“He seems to be in a good place at this moment in time.”

Bale is on course to reach a ton of appearances away in the Czech Republic next month.

Page added: “For any player to get 100 caps for their country is an unbelievable achievement.

“For Gareth to achieve that, it would nice to be a part of that.”