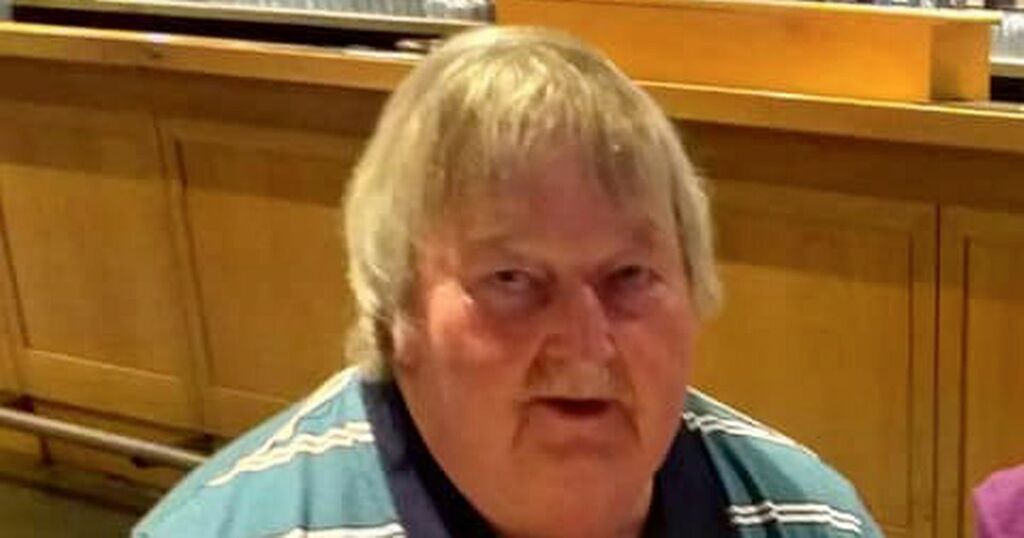 Gardai believe the victims of the Lixnaw murder-suicide tragedy may have lay dead at their home for up to 24 hours.

Officers believe tragic Eileen O’Sullivan, 56, was brutally gunned down with a shotgun in her bed by long-time partner Maurice ‘Mossie’ O’Sullivan, 63, at their Co Kerry home.

Eileen was brutally murdered along with her son Jamie, 24, who was also discovered with fatal gunshot wounds in his bed.

After the alarm was raised by local neighbour John Mahony on Tuesday night, Gardaí subsequently discovered the body of Eileen’s partner Maurice in the garden at the rear of the family property.

While the bodies were discovered at around 8:30pm, officers fear they may have lain dead for 24 hours before that time.

Speaking on Wednesday, farmer John Mahony told the Kerryman how he discovered the bodies of tragic Jamie and Eileen after he visited the home at around 8:30pm on Tuesday.

Suspicions had earlier been raised after a local spotted the family’s front door lying open for several hours.


“They [neighbours] said the door was left open so they asked me to go over and see was there anything wrong.

“I hopped into the jeep and drove over, not thinking anything. When I went into the house, I found them, both were in their beds…it’s a terrible thing for any neighbour to have to witness,” Mr Mahony said.

He added: “I rang them [guards] and they said, ‘stay where you are and don’t go looking for him’. So, they came out and found him up the road in a neighbour’s field.

“I was only talking to him Sunday night... you couldn’t see anything like this coming,” he said.

Officers were last night trying to establish a motive for the killing - though they have determined that Maurice had apparently self-inflicted gunshot wounds.

It’s believed gardaí were looking for some evidence in the form of a note at the home, which had been largely sealed off for most of the day on Wednesday as they waited for forensic officers to comb the scene.

That forensic search continued into the late evening.

Sources say Gardaí have been told about alleged financial issues the family may have had in recent times - though as of last night that had not been established.

Speaking at an afternoon press conference outside Lixnaw Garda station, Superintendent Paul Kennedy said Gardaí had not yet established a motive for the killing.

“The circumstances of this is at the moment we don’t have a motive and we’re appealing for people in the community that have any information to come forward to us,” he said.


Asked if Gardaí had ever been called to the house prior to the incident, he added: “No, this is a very decent, well respected family who were not previously known to us and were well regarded within the community.

Gardaí say a legally held firearm, understood to be a shotgun, was being kept at the house - and it is understood this was the murder weapon.

On Wednesday the bodies were removed from the scene and a post-mortem examination is set to take place.

Also speaking to the Irish Mirror a neighbour who asked not to be named said locals had noticed that Maurice O’Sullivan, who was not married to Eileen despite sharing the same surname, had been “acting strange" in recent days.

“He was the last person you’d have thought that this would happen with. But the only thing is in the last week or so he was acting strangely. Like he wasn’t himself,” the man told us.

It’s understood that Maurice had in recent days put his sheep up for sale, though last night it was not clear if this was indicative of anything in terms of the tragedy.

Maurice was also a local beekeeper - and one neighbour said that concerns were initially raised when someone called to the home for some honey.

“A neighbour did call over to Mossie for a jar of honey but they got no answer,” a local said.

Neighbours also described Eileen, known as ‘Ellie’ as a “decent, hardworking lady” whose “health was poor in recent years.”

Her beloved dog was yesterday recovered at the scene by an animal rescue van.

Neighbours say her tragic young son Jamie was involved in an apprenticeship at Liebherr Container Cranes in Killarney.

He had previously worked in the local shop and was involved in GAA in the area.

And speaking to the Irish Mirror outside Lixnaw parish yesterday, local priest Fr Anthony O’Sullivan told how he went to the house to say prayers on Tuesday night.

“So look you don’t expect that. My heart is broken. I've been impacted with disbelief that this has happened.

“We’re in shock and numb. There’s a sense of unreality with this locally,” he said.

“It’s a tragedy. People are numb with shock. It’s a good community, a caring community and people's hearts are broken,” he added.

"The result of the post mortem will determine the course of the investigation but preliminary findings are that all three persons died as a result of the gunshot wounds," Gardaí said.

"An Garda Síochána is not looking for any other person in relation to this investigation, at this time."