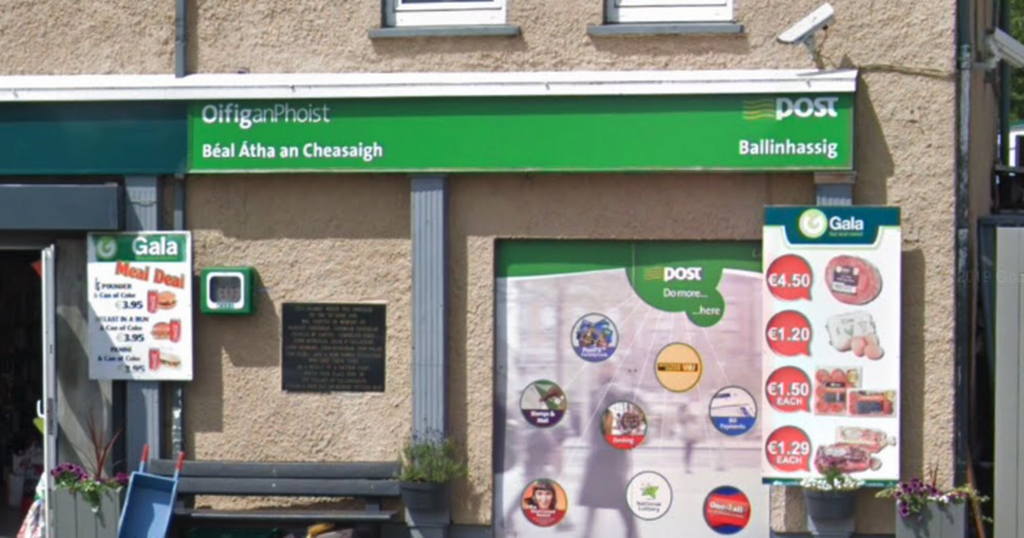 Gardai are appealing for information after a terrifying armed robbery at a small local shop in Co Cork.

On Thursday afternoon at around 3.55pm, two masked men entered the post office section of a shop in Ballinhassig and demanded a sum of money.

One man was armed with a shotgun, while the second man was wielding a machete.

The men fled the scene in a grey Citroen C3 vehicle, which is believed to have been driven by a third man.

No injuries were reported during the incident.

The suspected offenders drove in the direction of Spur Hill/Liberty Hill.

At around 4.20pm, some 25 minutes after the men entered the shop, the car was discovered on fire in a field near Spur Hill.

Gardai are appealing to anyone who may have seen the incident to come forward.

People were were on Spur Hill Road in Ballinhassig between 3.45pm and 4.30pm on Thursday afternoon are asked to contact investigating gardai.

Anyone who may have seen the Citroen C3 set alight in the Spur Hill area is also asked to contact officers.

A garda spokesperson added: "Any road users who were travelling on the Spur Hill Road and who may have camera (including dash cam) footage is asked to make it available to gardai.