Gangsters 'could have hidden a gun in your garden' detectives warn

Organised crime gangs have taken to hiding guns in the gardens of totally unsuspecting residents, Merseyside Police detectives have warned.

The message comes as the force announced the start of a firearms surrender scheme, which allows anyone with an unlicensed or illegal firearm or ammunition to hand it over safely without fear of prosecution by calling 101. The surrender, part of a national initiative, will run from today (May 12) until May 29.

Detective Chief Superintendent Mark Kameen, head of investigations at Merseyside Police, told the ECHO preventing deadly firearms from falling into the wrong hands was a major priority for the force. However he also wished to share a worrying trend his officers had noted.

He said: "We're getting a lot of [firearms] recovery from gardens, people's gardens or sheds. We often find that vulnerable people, their gardens are getting used to store firearms. Just for me, there is theme there. Spring is coming, have a look.

"It sounds ridiculous but that is what we get a lot of; people phoning up and going 'I have just been down to my garden behind my shed and suddenly there's a plastic bag there I do not recognise'.

"So with this surrender I am appealing to people who may have historic firearms, family heirlooms and all the rest of it that they know are there. But equally, what I am trying to do it is get people to go to the bottom of their garden because we know OCGs [Organised Crime Groups] are going down to, for example, my Nan's house and sticking it behind the fence panel there that's insecure or sticking it behind the shed.

DCS Kameen said gardens with fencing backing onto alleyways or open-land are a particular target for criminals seeking to hide their weapons and regain access easily. He said: "Just recently we have had a sawn-off shotgun recovered from a garden in exactly those circumstances; slightly overgrown, a shed at the back, a fence panel has been slightly removed and there was a sawn-off shotgun wrapped in a plastic bag.

"The owner was just wandering down to the garden, and has just come across it; thought 'what's that? I don't remember anything being wrapped in a plastic bag', unwrapped it and lo and behold there it is."

DCS Kameen said the force continually carries out open-land searches to find weapons stashed in parks or in other public places. However he said: "I think OCG's are getting quite wise to that tactic. Back in the day they would store firearms in their own houses, and then it would be other people's houses, associates and such like, and then we moved to open land because they thought it anonymised ownership.

"We're still seeing that, but what we're also seeing now is a variation on it with cuckooing and preying on the vulnerable and elderly."

Firearms discharges in Merseyside overall are at a 20 year low. However there have been a cluster of serious incidents in recent weeks, including in Toxteth where a 15-year-old girl waiting at a bus-stop was hit by stray bullets and critically injured, and a woman in her 50s was shot in the leg in Wavertree.

DCS Kameen said "one discharge is one too many", but highlighted that despite the recent flurry of incidents the trajectory of firearms discharges for the 2022/23 year was below last years total of 43 - a figure that marked the lowest number of shootings in 21 years. He said: "We're relentless in our pursuit of serious and organised crime. We're enjoying, if that's the right word, lots of success in reducing our numbers of firearms discharges, so 43 this last year.

"On one hand we celebrate that because we had been having 90 to 100 in a year, so there has been some fantastic work there. But, at the same time, I'm really alive to the fact that 43 is still an awful lot and if you are the victim of those discharges or if you live in that street and that community, how terrifying must that be to have somebody or somebody's house shot at where you live.

"This is why it's so important, because if we can get one gun off the street it can make a real difference and what we saw just a couple of months ago with the (15-year-old girl) shooting, when she was an innocent schoolgirl stood in a bus-stop, caught in the crossfire, this is why it's so vitally important that communities work with us." 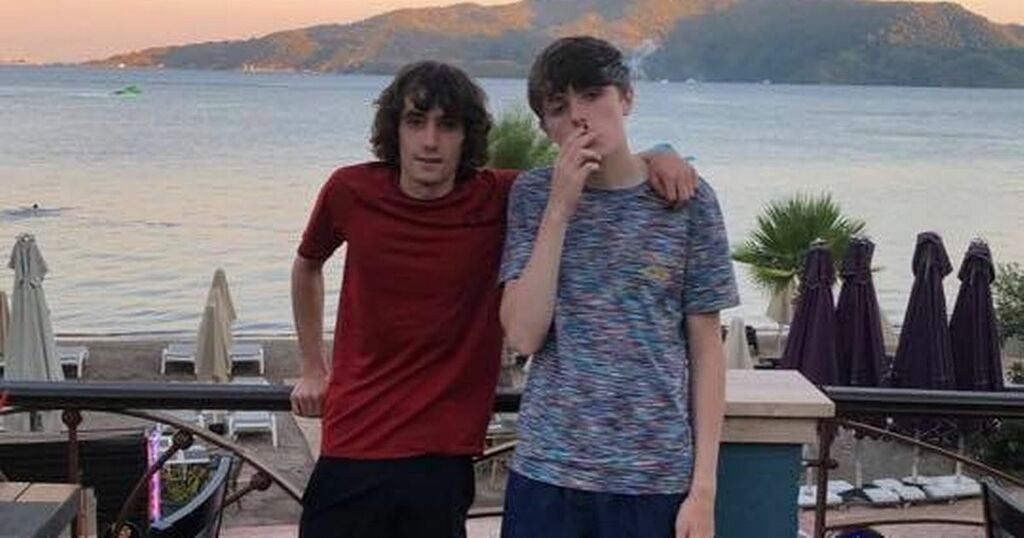