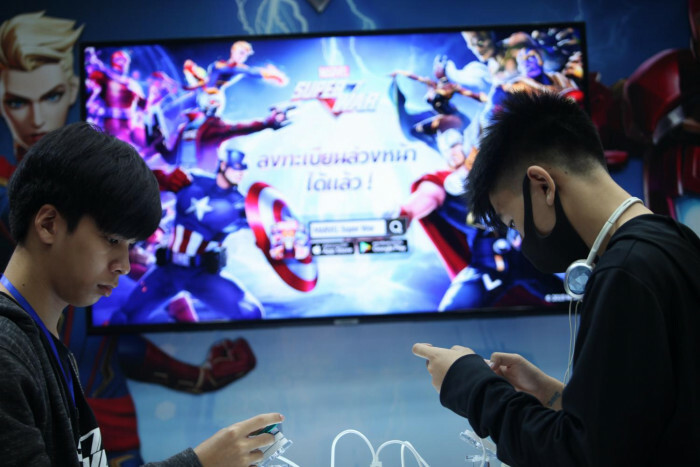 The market for gaming computers has experienced a surge in growth, driven by the rising number of gamers amid the pandemic along with those engaged in e-sports, which have recently been recognised as an official sport by authorities, according to tech pioneers.

"Since the pandemic took place, the number of casual gamers has risen as students who stay online have more time to play games, in addition to existing hardcore gamers," said Anothai Wettayakorn, vice-president for Asia Emerging Markets and South Asia Consumer Business at Dell Technologies.

Thailand's recent announcement that it recognises e-sports as an official sport has also given a boost to the segment.

"These are two key factors that boost demand in the gaming computer market," Mr Anothai told the Bangkok Post.

NewZoo, a game and e-sports research firm, says Thailand has 32 million gamers with the gaming market valued at over US$1 billion in 2020.

"Thailand is one of the high-profile game markets in Southeast Asia," said Mr Anothai.

Dell has broadened its range of gaming computer products that will serve users under the Alienware brand, he said.

Alienware has recently rolled out new laptop models under X-Series and M-Series while Dell launched new models under G-Series across Asia's emerging markets.

"We believe gamers will welcome Alienware's entry into Indonesia, Vietnam, Cambodia, Brunei, Myanmar and Mongolia," said Mr Anothai. "This is a milestone for us."

Through a partnership with chipset makers Intel and AMD, collaboration helps push the boundaries of PC gaming to the next level, he said.

"Alienware is proud to create a high performance PC that will power the gaming experience for users," he said.

Sutida Mongkolsuthree, chief executive of IT product distributor Synnex Thailand, agreed that the country's recognition of e-sports as an official sport is propelling demand for gaming devices and accessories.

There are various devices that support both casual and hardcore gamers with prices ranging from 20,000 baht to over 100,000 baht.

"The gaming sector is one of Synnex's key growing markets in addition to health, Internet of Things and security," Ms Sutida said. "We'll bring more brands to the market with a variety of products for users, like Nintendo."