The Warriors-Mavericks Game 4 matchup was delayed going into the second half due to roof leaks and water falling on the court inside the American Airlines Center.

Water surrounded the Warriors’ bench but was removed from the floor before the game resumed after a 16-minute delay, per Marc Stein.

After the delay, Dallas continued its momentum into the third quarter as the Mavericks, who made 15 three pointers in the first half, continues to extend its lead.

The Mavericks trail the Warriors, 0-3, in the series, and are hoping to win Game 4 to stay alive for a chance to compete for a NBA title. No team in NBA history has rallied from a 3-0 deficit to win a series. 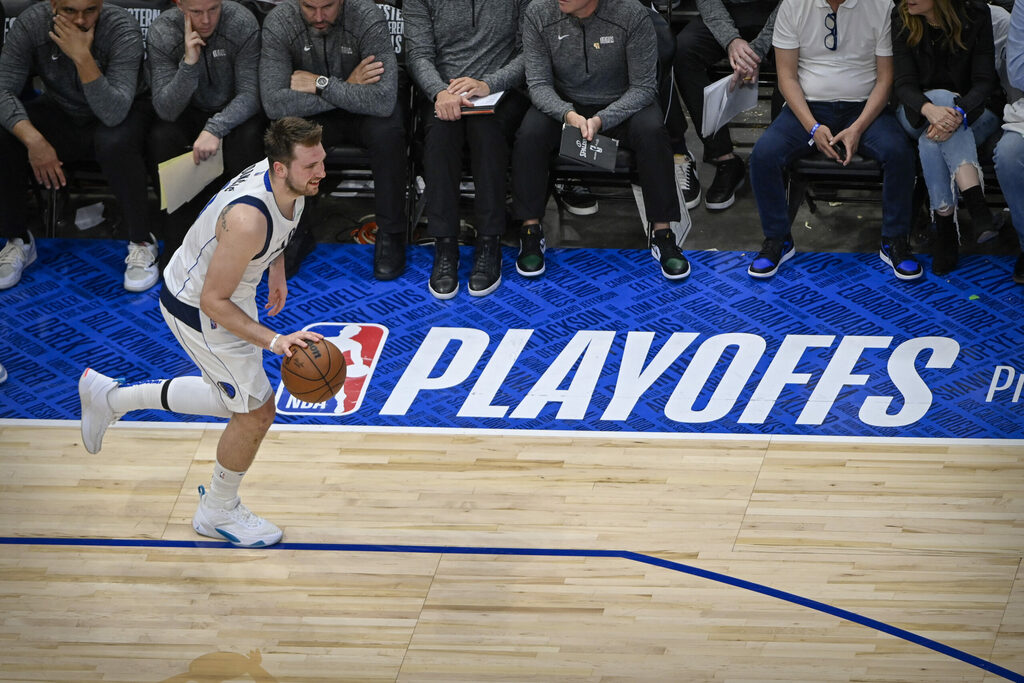 Warriors vs. Mavs Game 4 delayed due to leak in roof at American Airlines Center
A rain delay indoors? Game 4 between the Warriors and Mavericks was delayed due to a leak in the roof…

USA Today Sports Media Group
One subscription that gives you access to news from hundreds of sites
Luka Doncic, Mavs down Warriors in Game 4, stave off playoff elimination
DALLAS— Little has stopped Luka Doncic and the Dallas Mavericks when they’ve had their “backs against the wall” this postseason.

Tribune News Service
Tim Cowlishaw: Why the path to a Mavericks miracle vs. Warriors is hard to find
DALLAS — When thinking about teams trying to rally from 3-0 deficits to win playoff series, my mind always wanders…