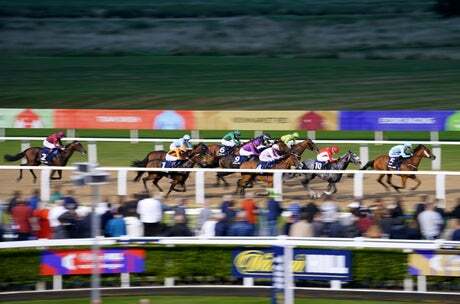 ONLINE gambling giant 888 has fended off private equity rivals to emerge as frontrunner in the race to take over William Hill’s European business, bringing it back into British hands.

The company said it is in advanced talks with William Hill’s owner Caesars Entertainment, the US casinos giant, to buy the non-US parts of the business.

The firm said: “There can be no certainty that these advanced discussions will result in a transaction. A further announcement will be made as and when appropriate.”

888 did not reveal what it had offered Caesars, but speculation has put the deal at as high as £2 billion.

The move could bring William Hill back into UK hands just four months after Caesars bought it from the London Stock Exchange for £2.9 billion in April.

But 888 could yet put William Hill’s 1,400 betting shops up for sale to a new owner, keeping just the online part of the business.

Caesars had made it clear from the beginning that it was not interested in William Hill’s business outside the US and planned to find a buyer.

Last week Bloomberg reported that private equity firm CVC Capital Partners had dropped out of the race to buy the unit, leaving 888 and Apollo Global Management, another private equity player.

Apollo had been in the running to buy the whole of William Hill earlier, but was beaten by Caesars.

Shares in 888, which is included in the FTSE 250, had risen by 0.5% shortly after the announcement was made on Tuesday.

The purchase of William Hill was part of a series of attempted takeovers of the UK’s gambling industry by US rivals.

In January this year US firm MGM Resorts backed out of a potential £8 billion bid for Entain, which owns Ladbrokes and Coral.

After the deal fell through MGM was banned from making another approach to the company for six months. This ban has now lapsed.