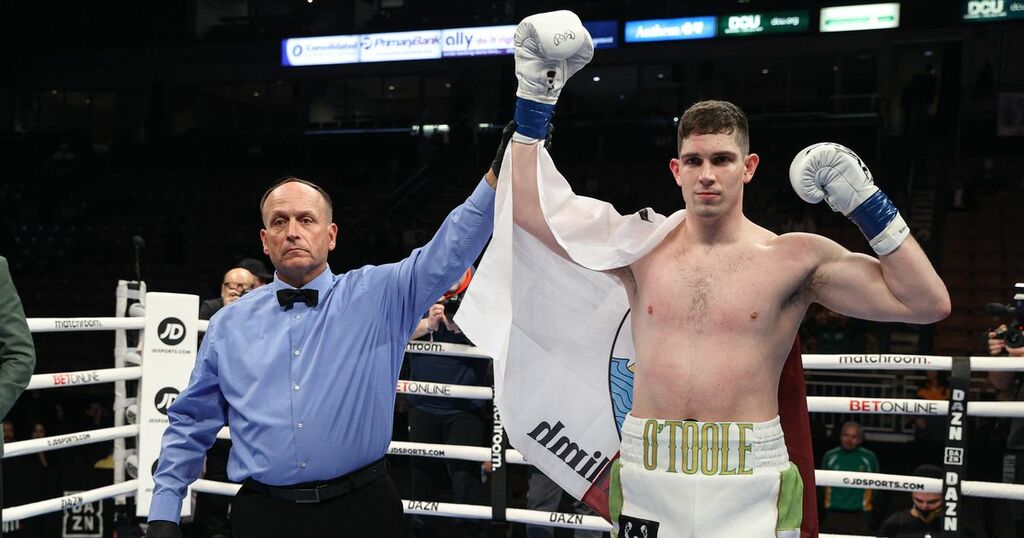 Thomas O'Toole took his professional record to 2-0 with an impressive first round knockout on the undercard of Demetrius Andrade v Jason Quigley.

The Galway southpaw stopped Mark Malone midway through the opening round after landing a powerful left hand and following up with a flurry of punches before the American went down.

O'Toole was supposed to graduate from college on Friday, but instead opted to take the fight on Matchroom's card in New Hampshire.

Speaking after the win, he told DAZN: "I was meant to graduate from college today and when I got the call for this, you can't turn it down.

"For the last four years I've been thinking about my college graduation. I couldn't wait to celebrate it but being invited to the biggest stage in boxing was amazing. I'm happy to be here."

On the finish, the 23-year-old Gaelgeoir added: "I hit him with an overhand left and I seen I wobbled him. So I got him in the corner and then caught him with the same punch and that was it.

"He was tricky enough for the first minute."