Gainbridge LPGA event will feature No. 1 Nelly Korda and a local teaching pro who made history when she beat the men 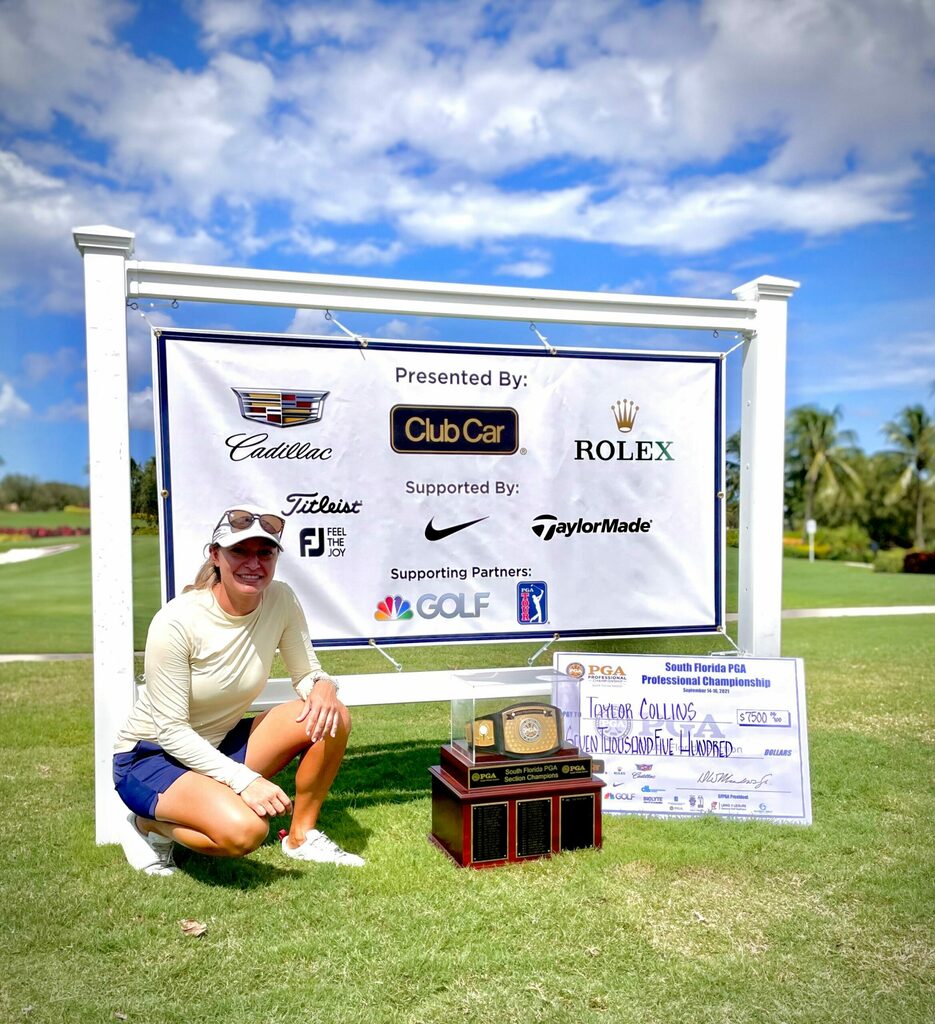 But there’s also a name that most golf fans aren’t familiar with, a 32-year-old local teaching pro who beat the men to make history late last year and on Tuesday was named the 2021 PGA of America Women’s PGA Professional Player of the Year.

Taylor Collins, winner of Golf Channel’s “Big Break Mexico” and longtime pupil of the legendary Bob Toski, will compete in Boca Raton, Florida, later this month on a sponsor exemption.

The Gainbridge LPGA is the first full-field event for the 2022 LPGA season and will feature 120 players competing for a share of a $2 million purse Jan. 24-30 at Boca Rio Golf Club. Last year’s event, won by Nelly Korda, was held at Lake Nona due to the COVID-19 pandemic.

Collins played collegiately at Nova Southeastern, winning the 2011 NCAA Division II National Championship and helping her team win titles in 2009, 2010, 2011. She turned professional after graduation, but ultimately had to walk away from the game after being diagnosed with rheumatoid arthritis.

“I was struggling to pretty much walk,” said Collins, who also struggled to grip a club. “I almost bought a cane to start walking with, so I had to take like a year off of golf.”

Medications now help to keep the arthritis in check, though she still deals with flare-ups.

Collins said the men she competed alongside and the guys she works with have been supportive, but it wasn’t entirely without controversy given that she played from 81 percent of the distance the men played, as stipulated by tournament rules.

“I do happen to be one of the long hitters out there,” said Collins, “so it could look unfair sometimes with myself hitting the ball, but perhaps not other ladies when they are playing. So it wouldn’t be fair to just judge it off the long-ball hitters.

“And I think something that’s forgotten a lot when you’re playing is I’ll hit my driver, I’ll happen to hit it long and one of the long guys will hit it past me and I might be hitting a pitching wedge and he’s hitting a sand wedge, or I’m hitting an 8-iron and he’s still hitting a pitching wedge. So I understand, I guess, all sides of it. It’s a tricky one, but I’d say it’s fair for the most part if I’m honest.”

Collins said she hits it anywhere from 240 to 270 yards, depending on the day.

Competing in an LPGA event so close to where she lives and works is dream scenario for Collins, who plans to have the junior players she coaches each mark a golf ball that she will play with during the competition. It will be good for her to be reminded of her day job while in the heat of battle, she said, and also fun for the kids to have a souvenir.

“I love the job that I have outside of it,” said Collins, “but I’m extremely lucky to have the privilege to pursue a passion and a childhood dream and play in this event.”