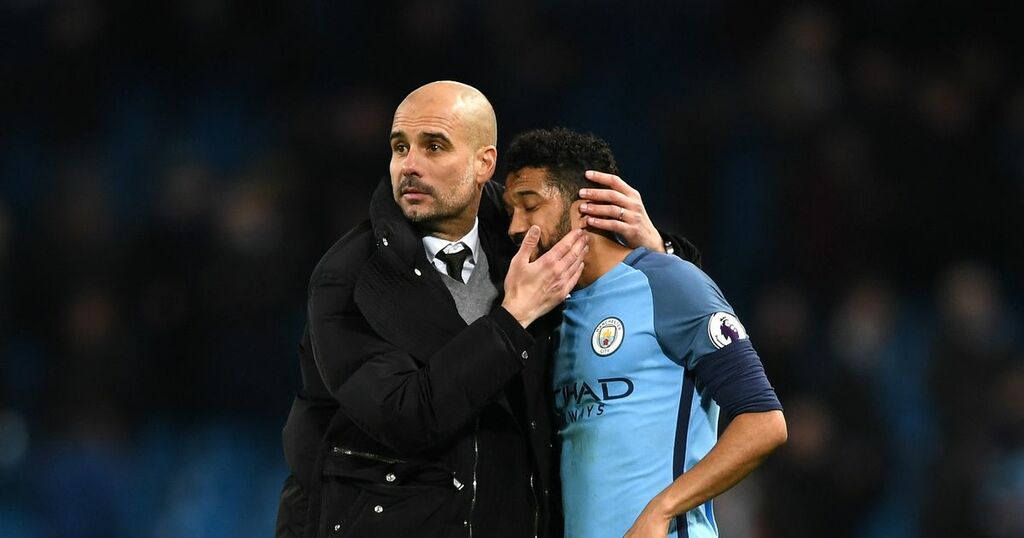 Gael Clichy still marvels at the way Pep Guardiola is able to successfully manage a squad full of superstars and mould them in his image.

The French defender moved to Manchester City from Arsenal in 2011 and won Premier League titles with Roberto Mancini and Manuel Pellegrini before spending the final year of his time with the club under Guardiola.

It was a turbulent time as the manager brought in new standards from the off, with first-team players that reported for pre-season training above their expected weight being banned from the first team until they slimmed down and stars with big reputations including Joe Hart sidelined when they could not adapt to the possession-based style of play.

Clichy was one of 12 players that left the Etihad in the summer of 2017 as Guardiola overhauled his squad following a trophyless campaign. Those changes worked immediately and after winning three of the last four league titles City are 10 points clear of second-placed Chelsea this season as they bid to make it four in five.

At 36, Clichy is now playing for Servette in Switzerland but is undertaking his coaching badges with an eye on management. The left-back accepts that it is easier for Guardiola to carry out what he wants with the resources and players he has available to him, but thinks the manager deserves praise for his 'ruthless' man-management skills that has ensured he is still getting the best out of his squad.

"What is so impressive with Pep is he makes a team play the way he wants to play," Clichy told The Gab and Juls Show. "It's always easier to have [Kevin] De Bruyne, [Aymeric] Laporte, [John] Stones and Ruben [Dias]. You have quality players everywhere so you don't miss it but the hard thing when you have so much talent available is to be able to manage those players and he knows how to do it.

"He is ruthless. You could be performing for four weeks or four months and then all of a sudden he could feel that your body language is different or your behaviour or commitment is different from Monday to Sunday. If he feels that somewhere you have dropped a little percentage of mental of physical attributes or commitment or desire, he will not be scared to just put you on the side and play someone [else].

"He wants his players to perform: 'if you give me what I want, you will play. If you cannot, you will simply be out'. For me it is quite impressive to see.

"You have seen at City a player performing for two years in a role and then all of a sudden you don't see this player any more. He's used less and everybody is wondering why but there is no why. It is just because he feels he is not giving him what he wants. It's that simple.