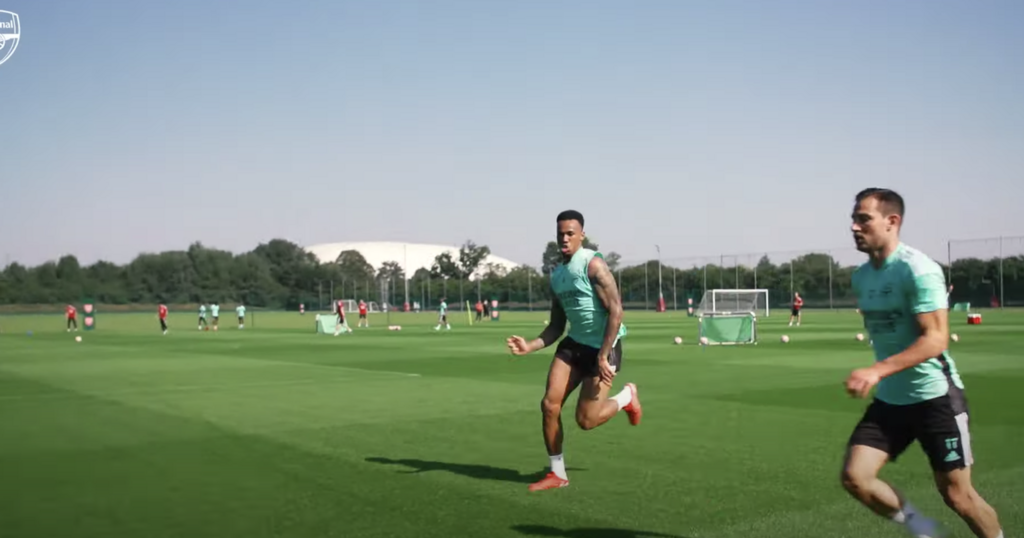 Gabriel is expected to return to the Arsenal backline on Saturday when Norwich City visit the Emirates Stadium, and the Brazilian has sent a message to the fans in the build up.

The 23-year-old is yet to play for the Gunners this season with a knee injury, but he made a return with the Under-23's prior to the international break.

Mikel Arteta spent £23million to bring him to the club last summer and he impressed when playing but injuries meant he struggled to nail down a regular first-team spot.

There is a hope that Gabriel's more physical nature and Ben White's ability to play out from the back will prove to be a match made in heaven for the Gunners.

After returning to full training during the international break, the defender was in a defiant mood with a huge clash just around the corner.

Taking to Twitter and writing alongside a photograph of himself at London Colney, Gabriel said: "Ready for tomorrow."

The first three games of the Premier League season have brought with it the worst start to a campaign in Arsenal's history, with three losses leaving them marooned at the foot of the table alongside Norwich City.

A 2-0 loss to newly-promoted Brentford on the opening day set a dismal tone and it was followed up by a 2-0 loss to Chelsea and a 5-0 hammering at the hands of Manchester City.

The heat will be well and truly turned up on Arteta should the Gunners fail to beat Daniel Farke's side on Saturday.