Gabby Petito died of strangulation. Far too many other women have, too 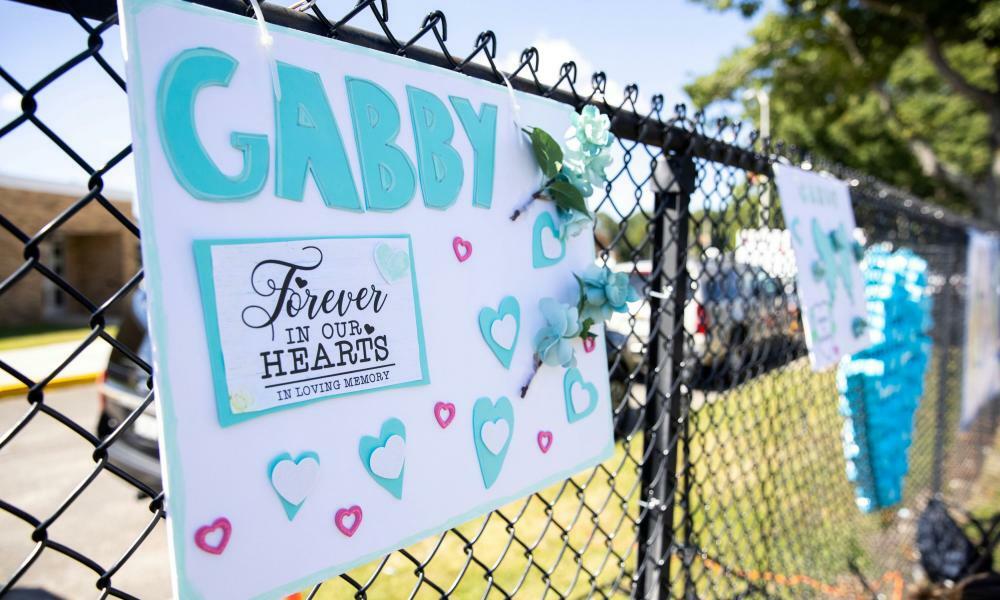 Most women who are strangled by their husbands or boyfriends don’t cooperate with law enforcement. Because strangulation, when it doesn’t kill, frequently causes traumatic brain injuries, these women sometimes can’t speak in a way that seems plausible to the police. Their testimonies aren’t always clear or consistent; they may misremember timelines, change details on repeated telling, or feel unsure about crucial bits of information. In many cases, a strangulation victim also won’t cooperate with the police because to do so would likely anger the man who strangled her. And he has already shown what he’s willing to do to enforce his will.

Gabby Petito was killed by strangulation, according to the Wyoming coroner who examined her body after it was found in Grand Teton national park on 19 September. The police, along with a small army of internet sleuths who seized upon the case after news of Petito’s disappearance broke last month, are now looking for her fiance, Brian Laundrie, who was the last to see the 22-year-old alive. He returned from the road trip they had taken together alone, driving Petito’s van and refusing to say anything about her whereabouts. Laundrie has since fled police and disappeared into a vast nature preserve in Florida.

It is important to clarify that Petito was strangled, not choked. In common parlance, the act of putting your hands around a woman’s neck and squeezing is often called choking. But medical experts and domestic violence advocates prefer the word strangulation. The reasons for the distinction are both technical and moral. In strictly semantic terms, choking and strangulation are different things. Choking refers to when an obstruction of the windpipe occurs inside the throat – for instance, when a piece of food gets stuck. Strangulation is the term for when the pressure is applied on the neck from the outside. Using the term strangulation also has greater political valence: it keeps the focus on the perpetrator. Someone can choke by accident. Strangulation is intentional.

Though victims and perpetrators appear among all kinds of people, the dynamics of strangulation are deeply gendered. A large majority of people who are strangled are women; nearly all of those who strangle them are men. Usually, the victim and perpetrator are current or former romantic partners. Aside from rape and sexual assault, few acts of violence have such a reliably gendered breakdown. Statistically, it is possible that the strangulation that killed Petito was not the first such incident she had experienced. Half of all domestic violence victims are strangled at some point during the course of their abuse, according to the gender violence expert Rachel Louise Snyder. Often, they’re strangled repeatedly.

According to one study, 43% of women who are murdered by their intimate partners had been strangled by them in the past year. Once a woman has been strangled by her partner, the likelihood that he will strangle her again rises tenfold. The likelihood that he will murder her rises nearly eightfold. Because strangulation is a sign of increasing violence in an abusive relationship, and because the act of strangulation is so physically dangerous for the victim, it is usually the last escalation that the abuser makes before he kills her. According to the psychologist Sylvia Vella, who has worked with the San Diego police’s domestic violence unit, women who have been strangled by their partners even once are in a position of acute emergency. “Statistically, we know that once the hands are on the neck, the very next step is homicide,” Vella has said. “They don’t go backwards.”

Beyond its acute physical danger, strangulation also carries a dark symbolic power. As a form of abuse, strangulation is often accompanied by a phenomenon called coercive control, a totalizing but not necessarily physically violent exercise of power by an abusive man over his victim. In coercive control situations, a woman’s freedoms will be eroded and her actions dictated by her male partner through surveillance and monitoring, isolation from friends and family, and a regime of humiliations, intimidations, and threats meant to keep her in line. In strangulation, an abuser extends this power over his victim to such intimate and essential a function as her next breath.

“What strangulation effectively communicates to a victim, more clearly than words could, is that an abuser is willing to exact punitive control by preying on her most fundamental visceral needs,” writes the philosopher Kate Manne. As the attorney and advocate Casey Gwinn has put it: “He may not be trying to kill her, but he is wanting her to know that he can kill her so that she will live with that reality day in and day out for the rest of her life.”

Like other kinds of gendered violence, domestic abuse is underreported and often mishandled by police and prosecutors. But over the past decade, domestic violence experts have waged a campaign of education and advocacy around strangulation, and their efforts have led many states to begin prosecuting strangulation earlier, and as a more serious crime. In jurisdictions that prosecute strangulation as a felony, rather than as a misdemeanor assault, homicide rates have dropped. The reason is simple: these provisions allow an abuser to be separated from his victim earlier, before he kills her.

But police interventions in strangulation cases remain clumsy and often unhelpful. This is in part because in strangulations, many of the victim’s injuries are internal, and don’t leave clear, visible markings that can be easily photographed for a police report. Sometimes, the most visible injuries that result from a strangulation incident are on the perpetrator – the scratches and bruises on his hands and face inflicted by a victim trying to pry his hands off her neck. This can lead police to identify the abuser as the victim.

That appears to be what happened to Gabby Petito. On August 12, after a bystander called police to report seeing Laundrie hit Petito, Utah police ultimately deemed Petito the aggressor, dismissing her distress as a sign of mental illness. That incident was just one of the ways that Petito was failed, both by law enforcement and by her community. For though Petito’s murder is a unique tragedy, in many ways, it is grimly formulaic: she appears to have suffered escalating abuse by a partner who isolated her from friends and family and exerted increasing control over her activities. That such an abusive relationship would eventually turn homicidal was both predictable and preventable. The signs were there – if only those around Gabby had known, or cared, to look for them.