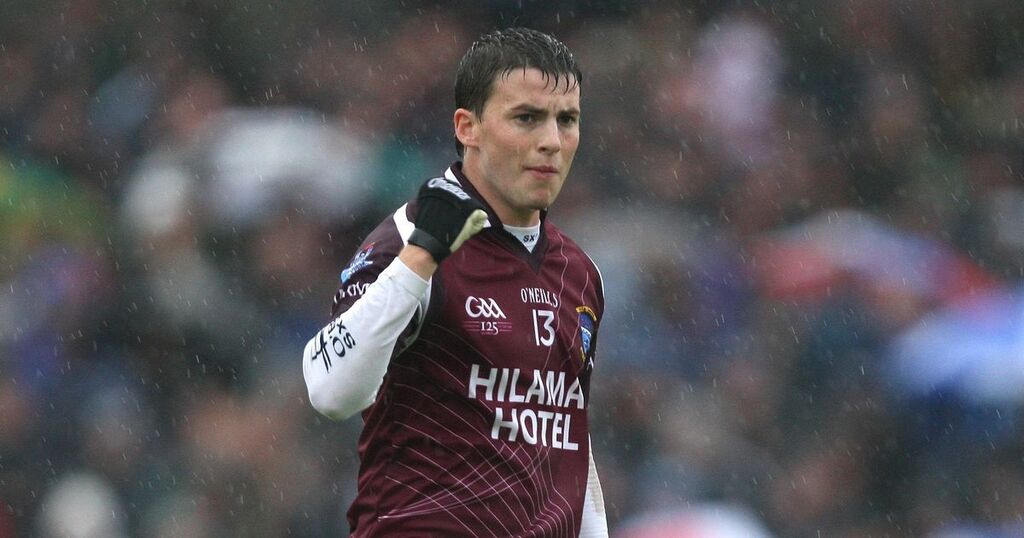 The John Connellan led group seeking radical changes to the GAA’s funding model for coaching will find out today if their motion to Congress is again ruled out of order.

The five clubs who submitted the motion - including Connellan’s home club, Athlone - were informed last Thursday that their motion was out of order.

In an email sent to GAA Director General, Tom Ryan yesterday morning, the Connellan-led group accused the Association of “disrupting healthy and meaningful debate,” and trying to “stymie” the motion.

They were originally given one week to update the motion in time for it to be examined again by the GAA’s Rules Advisory Committee.

If the motion is given the green light it would then be debated on the floor at the GAA’s annual Congress, early next month.

The group have hit out at the Association for the short window they were afforded to reframe their motion and for what they see as delaying tactics by the GAA.

Former Westmeath footballer Connellan and his body are seeking coaching and development funding to be related to the number of registered members in a county.

Their motion has gained widespread support, with 20 counties agreeing to debate it at their annual conventions and 98percent of 435 clubs who responded to a survey backing the move to overhaul the funding model.

Some counties backed out of debating the motion in the lead up to the GAA’s convention season, last December, when the Association announced a review of their coaching models.

If the motion is passed in its current form, it would see Dublin GAA lose in the region of €2.2 million in coaching funding over the next five years, with the money being redistributed to other counties.

The GAA fund 50percent of the salary of a Games Promotion Officer in Dublin, with the club’s shelling out the remainder.

This type of model has been wheeled out in Meath, Kildare, Wicklow, Louth and Wexford since 2016/17 as part of the GAA’s East Coast project with Antrim GAA also receiving funding for their Belfast project, ‘Gaelfast.’

In an email to GAA Director General Tom Ryan, sent yesterday morning, the Donnellan-led group say they are speaking on behalf of the five clubs who submitted the motion.

The group called on the GAA to meet them to discuss any further issues with the motion, which may arise as well as giving them time to work through these.

They also hit out at “completely unacceptable delays” in providing data sought from the GAA.

The email says:“We find it entirely disingenuous and contrary to the democratic principles which are supposed to underpin the Association to cite technical reasons to disallow the motion from debate at Congress.

“In light of a request made directly to the Ard Stiurthoir (Ryan) eight months ago to prevent this very situation from transpiring.”

The email says the motion allows for ‘smaller’ counties to present a business case for additional funding and for “catch up funding to redress the imbalance which has manifested itself over the last 15 years.”

It continues: “The motion has equity at its core.

“It is one which we would think should be supported by the powers that be with responsibility for the betterment of the entire of our Association and not just those units of strategic and financial importance to the GAA.”

The group’s email notes their “great surprise” at the coaching review announced on the eve of County Conventions where their motion was on the clar.

And that it “incorporated many of the principles which we have been advocating for over the last 18 months (i.e. self-sustainability of stronger units, business case analysis etc).

The email continues: “We were extremely disappointed that this correspondence and details around the proposed review were not shared with our group of GAA volunteers who have been campaigning, advocating and working in this area for almost two years now.

“Undoubtedly, this was a last ditch attempt by your office to disrupt healthy and meaningful debate and stymie a motion relating to an issue, which clearly has resonated with the GAA community across the country.

“You have had my email address, my phone number and my willingness to engage with you for in excess of 18 months.

“This correspondence issued on the eve of County Conventions in an effort to sway democratic debate was uncalled for and entirely unfair.

“For complete transparency I advise that I have also copied members of the national press as so many of our correspondence have gone without reply and have been ignored over the last 18 months.

The GAA were contacted for comment, but indicated they were unlikely to reply.