G Flip has officially cemented their relationship with Chrishell Stause by bringing the reality star Down Under for a lush trip.

The Selling Sunset babe revealed she’s in Sydney by sharing a series of pics and vids of her tour around the harbour.

They’ve done all the classic touristy shit from hitting up Taronga Zoo to going on a noice harbour cruise.

“Australia I love you!” Chrishell captioned an Instagram carousel of pics and vids.

“Thank you for the hospitality @tarongazoo Such a beautiful job being a conservatory for the animals! First time meeting a koala & a kangaroo. And the harbour is breathtaking.”

In one of her Instagram Stories, she even taste-tested a Tim Tam while being escorted around the harbour by boat, which is as bloody Aussie as it gets.

Oh and BTW, the Tim Tams got her seal of approval. OF COURSE!

“Ok so, I’m about to try a Tim Tam for the first time, apparently this is a big Australian thing. Never have had it. I’m very Australian right now,” she said.

“Oh my God. It’s so good,” she added after tasting the delish treat. “Why don’t we have this? Guys, we got to get with it. This is so good.”

G Flip also shared a bunch of footage on their IG Stories.

Sadly there were no couple shots, but just knowing that they’re together on Aussie soil makes my heart SING.

Last week G Flip appeared on the podcast PEOPLE Every Day where they recounted falling in love with Chrisell.

“We met last year at Halloween. We were both with our ex-partners then … And then, we obviously separated from our partners, and we just started talking and stuff,” G Flip explained.

“We just found a lot of similarities, even though people would think we are from like different corners of the world. We find ourselves so similar sometimes.”

The pair announced their relationship earlier this month via spicy kissy photos and also at the Selling Sunset reunion.

They have since become a regular fixture on each other’s ‘gram.

Just last week, Chrishell appeared in the G Flip’s music video for their new song ‘Get Me Outta Here.’

Have a watch below: 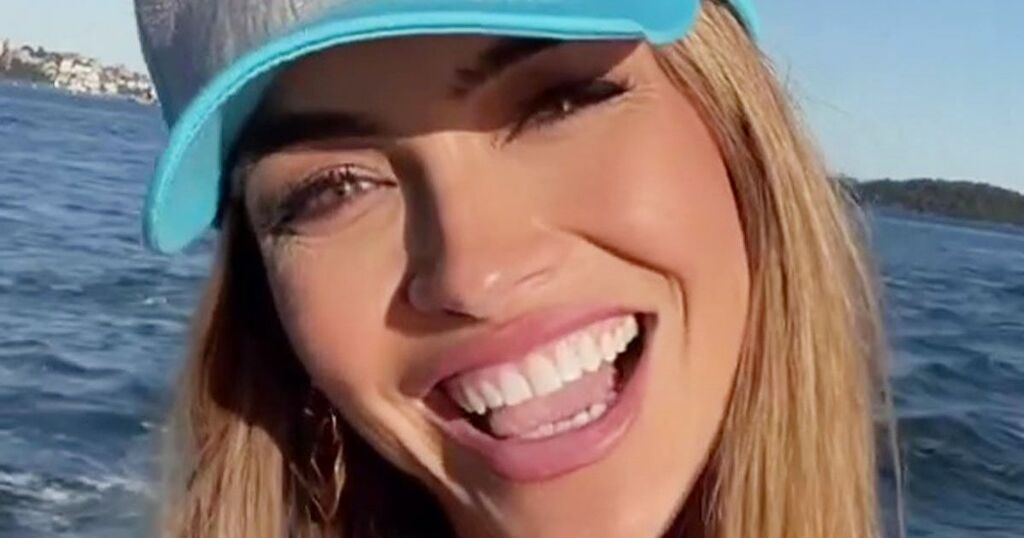