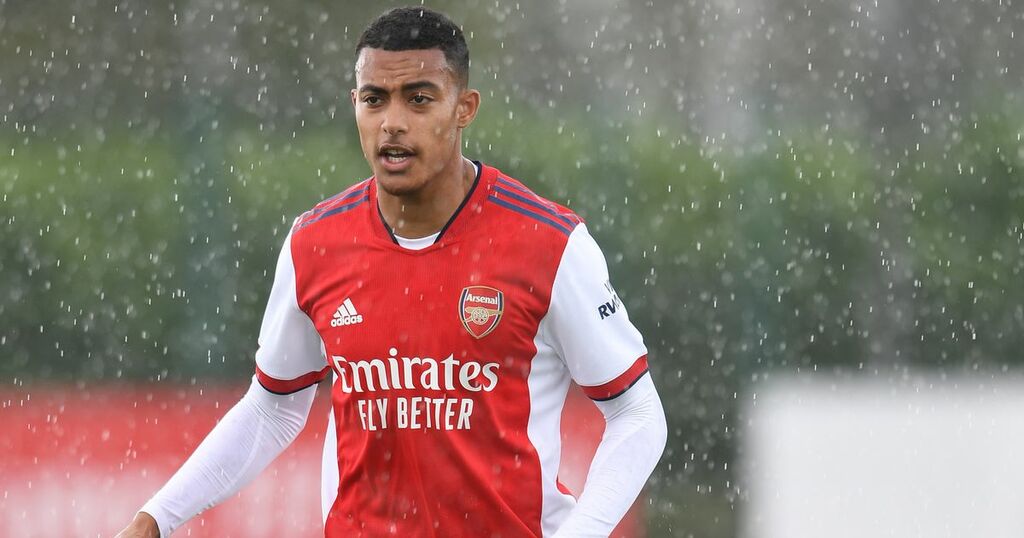 Arsenal supporters have been heaping praise on Miguel Azeez after the Gunners loanee scored a superb goal in England Under-20s' victory over Czech Republic.

The young lions won 5-0 on Monday and Azeez scored a fantastic goal, striking the ball on his left foot from outside of the box and finding the top right-hand corner, leaving the goalkeeper with absolutely no chance.

The 19-year-old midfielder, who is currently on loan at Portsmouth, is very highly rated among Arsenal supporters and his latest outing for his country has only increased his popularity.

Taking to Twitter following the goal, Gunners supporters could not have been any more complimentary, with one even suggesting he would go on to win the Ballon d'Or in the future.

The teenager's start to life on loan at Pompey has not got off to the best start, with Azeez struggling with injury problems and has only made one appearance since moving to Fratton Park.

Despite this, Portsmouth boss Danny Cowley insisted Azeez has all the talent to one day become a "top, top player".

Cowley said last month: “Miguel is going to be a top, top player. He is still young, we have all got to remember that he is only 18, he’s not 19 until next month but he’s a confident boy.

“He’s got real belief and so he should because he’s incredibly competent. He’s got fantastic talent.”

Cowley, formerly of Huddersfield Town, also worked with Emile Smith Rowe, when the Arsenal star was on loan at the John Smith's Stadium at the back end of the 2019/20 season.

After completing the loan move to Portsmouth, Azeez referenced Smith Rowe and his time with Cowley and revealed the inspiration.

“Yes, of course because Emile [Smith Rowe] is a great player and he has worked under Danny and it shows that Danny could nurture him,” Azeez said after signing for Pompey.

“I am really looking forward to working with Danny and all of the staff here and obviously Emile is a really great player.

“It shows that with great coaching, you can become a great player.”