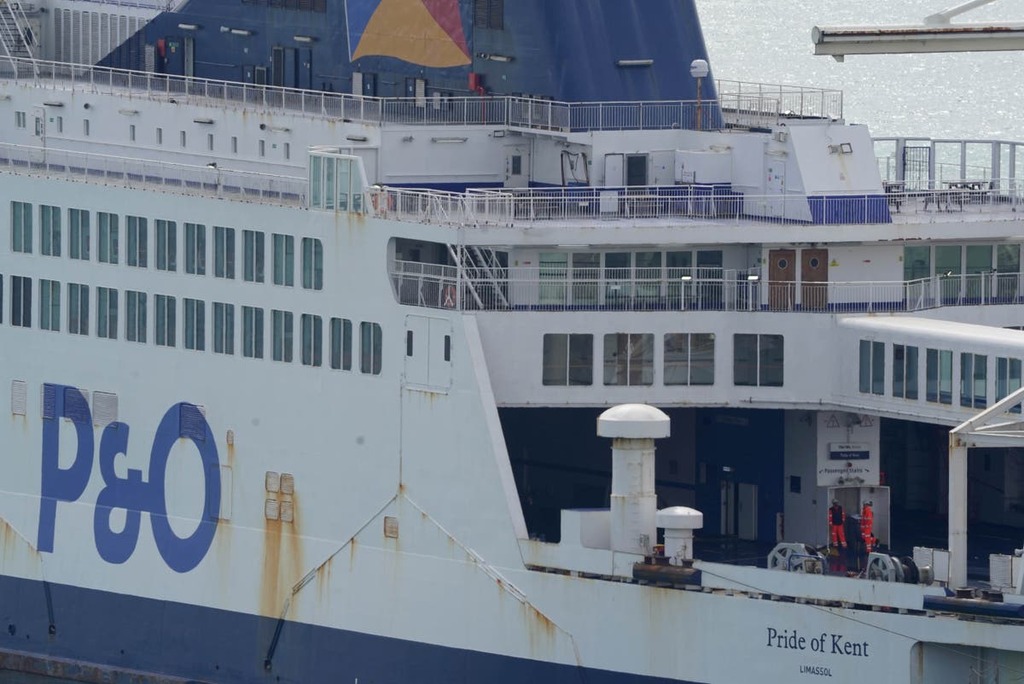 Detained P&O Ferries ship had record number of deficiencies
Forty-seven failures were found on board Pride of Kent by the Maritime and Coastguard Agency.

The Independent UK
Do we need a worldwide minimum wage? We ask an expert

All the customers were given a lateral flow test before boarding, and around 50 tested positive and were told to…

More than 100 employees in the Netherlands will get a 5% rise, despite the company claiming in March it had to replace UK seafarers with agency staff because it was running out of money.

The news was met with fury by unions and Labour, who blasted the Government’s lack of action.

Shadow Transport Secretary Louise Haigh said: “The Conservatives have given the green light to trample over workers in Britain.

“Nowhere is that more apparent than the stark difference in how P&O think they can get away with treating Dutch and British workers.”

In March, the ferry giant admitted it broke the law by sacking British-based workers without consulting unions.

P&O claimed it would have folded had it not replaced workers with agency staff on less than the minimum wage.

Boss Peter Hebblethwaite told MPs: “If we hadn’t made radical changes, the business would have closed.”

The Department of Business told the Sunday Mirror: “The Insolvency Service has started formal criminal and civil investigations into the circumstances surrounding the recent appalling behaviour of P&O Ferries.”

Mick Lynch, boss of the UK’s RMT union, said: “The fact they’re able to raise the pay of staff abroad significantly shows that pleading poverty was an outright lie.

“The Government must take over the running of P&O Ferries, pay union rates and reinstate staff.”

Last month, the firm was accused of trying to cut the wages of the foreign staff it drafted in to replace the sacked British workers.

Unions say employees were given one-month deals, then told to sign up for lower wages or face losing their jobs.

Ministers have ignored calls from MPs for sanctions such as banning DP World from running new freeports in the UK.

The Dutch deal, thrashed out by trade union FNV Havens, is backdated to January 1 – with another 2% next year.

It is understood that onshore staff in the UK, who were spared in March, have not been offered a similar package.

A P&O spokesman said: “As we work to build a long-term business that is sustainable, our recent settlement with our Dutch dockers and security staff reflects our commitment to achieving this.”

Detained P&O Ferries ship had record number of deficiencies
Forty-seven failures were found on board Pride of Kent by the Maritime and Coastguard Agency.

The Independent UK
Do we need a worldwide minimum wage? We ask an expert

All the customers were given a lateral flow test before boarding, and around 50 tested positive and were told to…