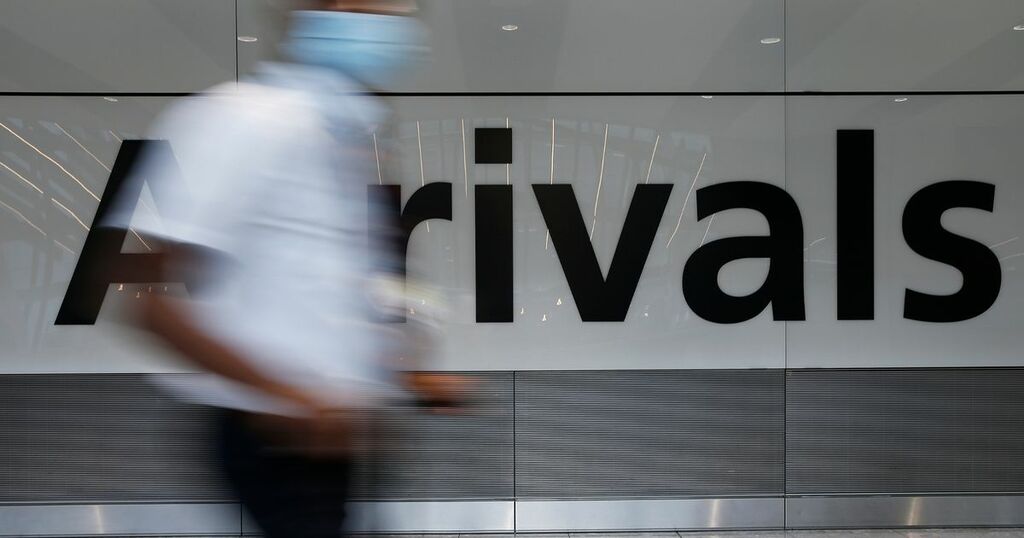 Nearly one-third of all people arriving into England and Northern Ireland as the delta Covid outbreak began may have broken quarantine rules, a report claims.

The government has been accused of "gross negligence" by Shadow Secretary Nick Thomas-Symonds after it emerged hundreds of thousands of cases of potential quarantine breaches were flagged earlier this year.

But the government was reportedly unable to say how many of the cases were proven to have broken the travel rules or could not be traced.

Around 300,00 cases of alleged quarantine breaches were passed to investigators between March and May, new figures reportedly showed.

The revelations sparked outrage as critics accused the government of allowing mutant variants of the virus to flood in via leaky borders.

The red list rules require travellers coming from an affected country to spend 11 nights in a quarantine hotel at a cost of £2,285.

This rule is applicable for everyone, even if they are fully vaccinated and test negative for Covid.

Earlier in the year people arriving from "amber list" areas were required to self-isolate for 10 days and provide evidence of negative Covid tests.

Arrivals from green list countries do not have to isolate regardless of their vaccination status.

The isolation rule-breaking figures seen by the BBC sparked outrage on Monday.

Mr Thomas-Symonds said in a tweet: This confirms our worst fears about lax Tory Covid protections at the borders. The Home Secretary cannot even say whether or not over 300,000 people broke the quarantine rules when the Delta Variant took hold.

Traveller Henrik Pakula told the BBC when he undertook 10 days of isolation at home, and quickly realised the government was reliant on trust - describing few checks.

He told how after returning to England from Poland, where he had been visiting relatives, he received just one phone call and a text message.

Mr Pakula said: "On day one I received a phone call just asking me if I knew the rules on self-isolation, and informing me that there could be random phone calls over the next 10 days just to check I was still at home, but none of those calls materialised.

He said he got a text message outlining the rules, but no one contacted him again after that, adding: "I knew I had to isolate for 10 days, which I did, but it was taken on trust."

Please see our response below:

A Government spokesperson said: “The Home Office looks to visit all individuals referred to us by NHS Test and Trace who are required to isolate at home following international travel.

“We visit over 99% of the cases referred to this service by NHS Test and Trace.”

It comes as a law firm representing travellers affected by the UK's quarantine hotel policy declares it has issued court proceedings against the Government.

PGMBM said a blanket approach was an "unlawful deprivation of liberty" for those who were inoculated against Covid-19 and a violation of their human rights.

There are currently 62 locations on the red list, including Mexico, Tunisia, Turkey, and much of South America and Africa.

Tom Goodhead, managing partner at the firm, said: "It's disappointing that the government hasn't yet realised that this policy is a fundamental breach of people's human rights. Law abiding citizens who have been double vaccinated should be free from quarantine.

"The idea that they need to pay for the privilege of their own imprisonment is outrageous."

PGMBM said if the claim was successful, double-jabbed travellers would no longer have to quarantine at hotels and the government could be made to refund the fees for all those who were jabbed and still required to stay in a hotel.

Mr Goodhead sahd the government should look to countries in Europe already exempting the double vaccinated from all forms of quarantine.