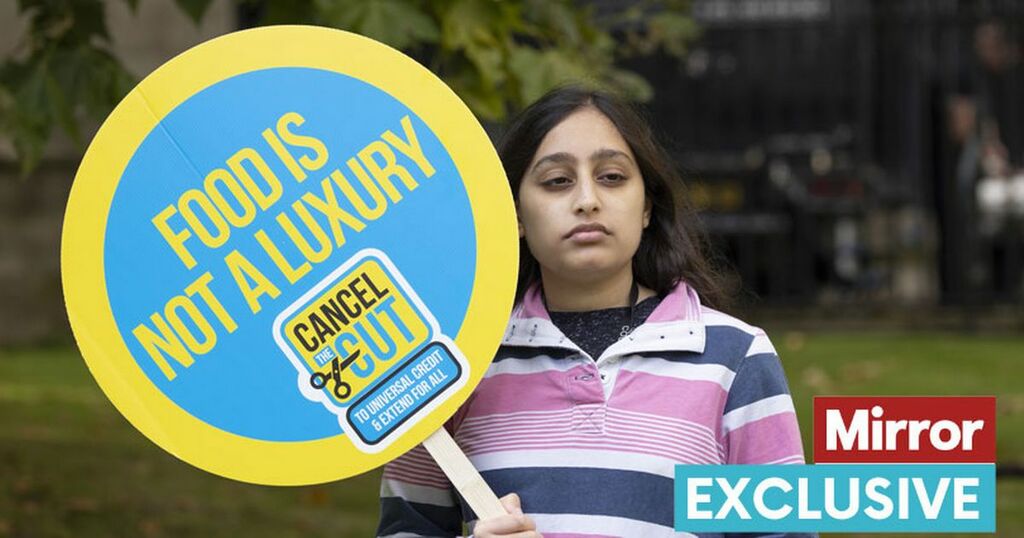 Furious protesters have called on the Government not to scrap the Universal Credit lifeline amid warnings it could push millions of families to the brink.

Standing outside Parliament, many held banners which said “cancel the cut to universal credit and extend for all”, other placards said “a warm home & food are not luxuries”.

From the end of this month claimants will see their £20 uplift payments scrapped, depending on what dates they receive their Universal Credit (UC) payments.

Unite said they are standing up for the six million people in Britain who rely on UC to get by – 40% of whom are in work.

When confirming the cuts, Chancellor Rishi Sunak insisted no one will live in poverty having lost these monthly funds.

But claimants told the Mirror they will be unable to pay for painkillers and they will have to consider skipping meals in order to afford clean clothes.

“I’m grateful that I have a roof over my head but without this uplift, I will have no prospects of standing on my own two feet.

“I’ve been unable to work in my young life but with the uplift I was able to manage my money and begin to learn how much food I could afford while maintaining things like laptops so I can manage my payments."

She added: “Rishi Sunak should try and live a week in my shoes to understand what this uplift means to people like me. The Government is completely out of touch.

“I say again that I’m one of the lucky ones because I don’t have to pay rent but at the same time, not having an opportunity to work myself out of this situation is very distressing.”

Paula Peters, 50, from Orpington fears she won’t be able to afford painkillers.

She suffers from rheumatoid arthritis and has shielded throughout the pandemic because of her asthma which has been deemed at the highest level, leaving her unable to work.

As a legacy UC claimant she did not qualify for the £20 uplift.

Ms Peters who leads Unite's Bromley and Croydon's community branch and an activist for the group Disabled People Against Cuts told the Mirror: “I’ve been struggling as it is.

"There were times during lockdown I was not able to purchase paracetamol because I did not even qualify for the £20 uplift.

“I’ve gone without food and continue to because I could not always access the priority food delivery scheme from supermarkets,” she said as she struggled to contain her tears.

“What planet are they on if they think £20 can’t do anything for people. A delivery slot is £2 and without that I can’t get food because I struggle to walk.

"I have gone by many days, even since everything has reopened, fearing I will not be able to eat or ease my pain.

“My neighbour died during the pandemic because they were unable to access the UC uplift.

“People really are starving and going without food. I hope I'm not one of them."

“They are already experiencing cuts and are struggling to live with their health issues. On top of that they are having to consider going without food in order to pay rent.

“The (Tories) are completely out of touch.”

And Imran Hussein, Labour MP for Bradford East told the paper: “These our outrageous cuts. The uplift will literally be the difference between a child getting a hot meal or going without and being sent to school on an empty stomach.

“The Government does not care”.

Wendy Chamberlain Liberal Democrat’s Spokesperson for Work and Pensions said the cuts prove that Mr Johnson is “out of touch”.

“He claims that he wants people to live by their own efforts rather than welfare. So either he doesn’t know that almost half of those receiving Universal Credit are already in work or he doesn’t care”.