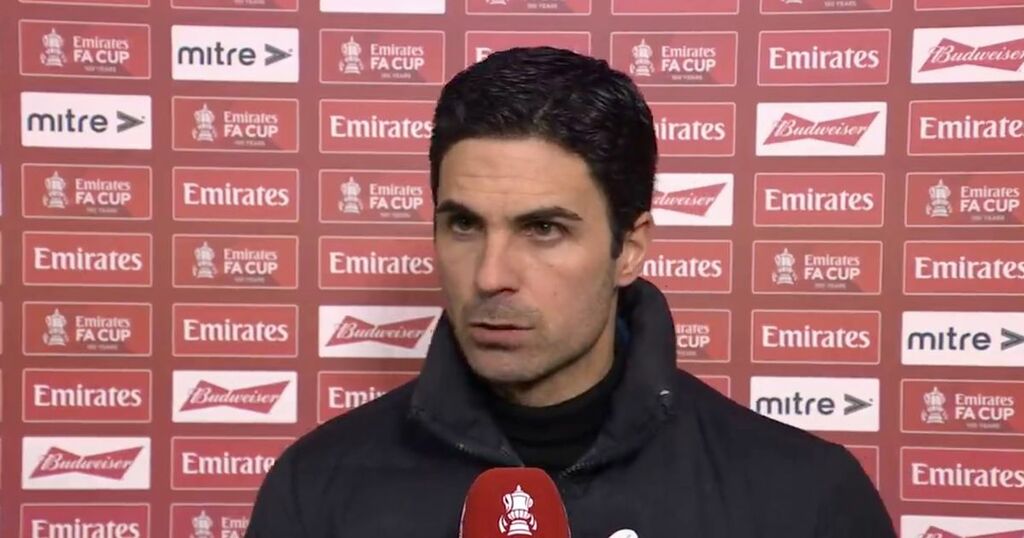 Mikel Arteta confessed Arsenal fans deserve an apology after an inexcusable performance resulted in his side crashing out of the FA Cup at the hands of Nottingham Forest.

Lewis Grabban came off the bench to score the game's only goal in the 83rd minute, sending Forest into the fourth round and the City Ground into frenzy.

The introduction of Alexandre Lacazette in the second half failed to improve the visitors' threat and the defeat saw Arsenal suffer an early exit from the competition.

Arteta was furious with the performance and demanded he and his players "apologise" for their toothless, sub-par showing in the East Midlands.

Join the debate! What went wrong for Arsenal against Forest? Have your say here.

"They won, they scored a goal and we didn’t. We were not good enough and we have to apologise for it," the Gunners boss said after the match.

"I don’t want to use excuses, I expect the team I put out to do better and when you don’t in the cup you are out.

"Today showed we were not capable of winning against Forest away from home and didn’t put in the level to win the game. It’s a collective issue and today we have not done it."

Arteta was also quizzed on whether the dismal display could force his hand in the January transfer market, with midfield a problem area at present due to Thomas Partey and Mohamed Elneny participating at the Africa Cup of Nations.

"I want to try to get the best out of the players that we have," the Spaniard added. "I think it is clear where we need to strengthen, but at the moment it is what we have. And what we have, we have to play."

Arteta admitted he does not know whether Granit Xhaka will be available to face Liverpool in the Carabao Cup or Tottenham in the Premier League next week after the Swiss tested positive for coronavirus.

"I don't know. It will depend in the next few days how he is feeling," Arteta said of Xhaka.

Arsenal were without Emile Smith Rowe and Takehiro Tomiyasu for their trip to Forest and Arteta was equally unsure whether the injured duo will return in time to face Jurgen Klopp's Reds on Thursday.

"Again, it depends how they evolve," Arteta said. "They were injured. They could not play - the same as Gabi (centre-back Gabriel) who was suspended - and I don't know. We have to see in the next few days how they are."

The former midfielder won the FA Cup in the 2019/20 season shortly after his appointment as manager, and he did not try to hide the "big pain" he feels at exiting the competition so early.

"This is really hurting," Arteta said. "It is a competition that is embedded in our history and to get out of it today is a big pain. We needed more drive and hunger to win at any cost.

"We needed much more. It is frustrating but it happened. We have to analyse why it happened. We can talk about all the players we didn’t have but we should have done something different.

"I have been playing games like that for 18 years and it is no surprise the difficulties you are going to face. We didn’t have enough incisiveness , determination and purpose to progress the ball with enough quality. And when we had the chances we didn’t hit the target."