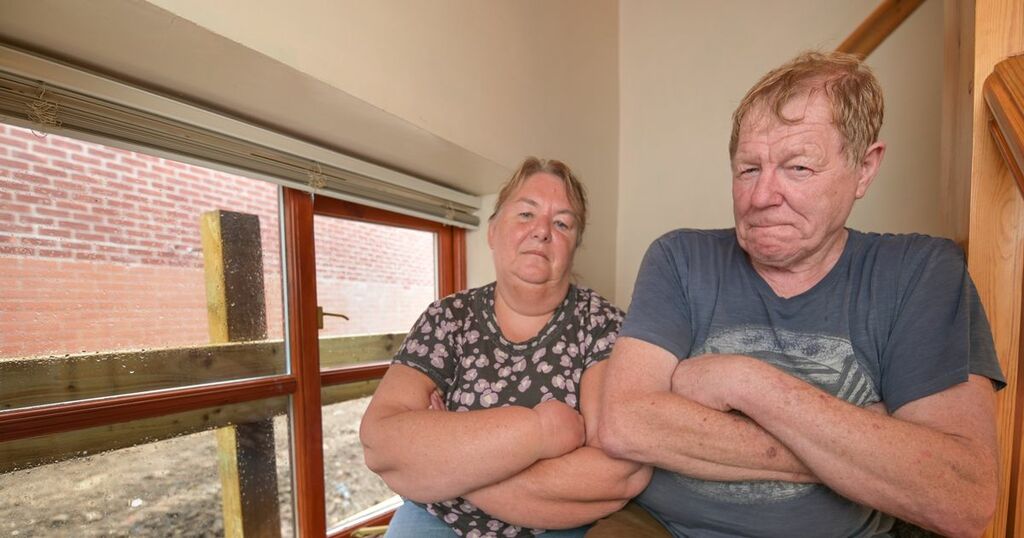 Fuming neighbours are "prisoners in their own homes" after their windows were blocked with a 6ft fence that they are unable to move.

Builders installed the wooden structure outside their homes in Clee Hill, Shropshire, last week while they build a house next door.

Seething homeowners say there were told the fence was put up for their "own safety" but they now want it removed immediately.

Derek Prescott said the fence has blocked out the downstairs window of the two-bedroom house he shares with his 68-year-old wife Lynda.

The 71-year-old told The Sun he can only open his windows an inch but is powerless to act as Shropshire Council told him the builders don't need planning permission.

What do you think of this story? Join the debate in our comments below

The angry homeowner has been warned that he could be reported for criminal damage if he removes the fence himself.

He said: "We have reported this to the police and we are waiting for them to come around."

Residents claim they have been told they are trespassing if they keep their windows open because the land next to the property belongs to the developer.

Carrie Warrington, who suffers from fibromyalgia, a long term condition which causes pain all over her body, said the situation has left her in tears as they must keep their windows closed.

"The developer told me to shut my windows otherwise we would be trespassing," she added.

Carrie's builder husband Patrick called the situation "ridiculous" and said they were waiting to see if anything is "going to be done".

Patrick was so furious about the situation he asked his paralegal friend Sharon Weston to help the residents with the case.

Sharon said she was "shocked" by the "horrendous" that has left locals as “prisoners in their own home".

A council spokesman added that "the impact is understandably upsetting for the residents" and the developer said the fence will be removed on September 14.

The Mirror has contacted KH Developments for a comment.