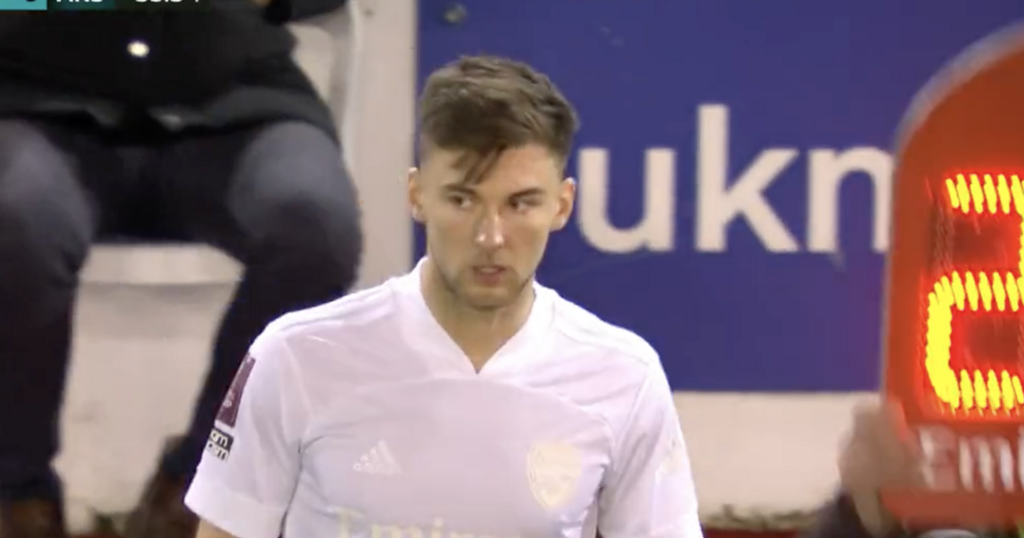 Mikel Arteta subbed Kieran Tierney on with barely half an hour gone of Arsenal 's clash with Nottingham Forest.

And it left Nuno Tavares fuming after the Portuguese left-back's game was brought to an abrupt end.

The Gunners were toiling against the Championship side in their bid to reach the fourth round of the FA Cup.

Arteta fielded a heavily rotated side and Tierney was one of the first-team regulars given a rest for the trip to the East Midlands.

However the Spanish boss was left unhappy with aspects of his team's performance as the ITV commentary team of Sam Matterface and Ally McCoist noted his frustrated body language.

Tierney was sent to warm up before half an hour was on the clock and the substitution was made in the 33rd minute.

There didn't appear to be an injury to Tavares and he appeared to shoot a glare at his manager before throwing his gloves to the ground in disgust as he made for the bench.

The home fans clearly noticed Tavares' fuming reaction and aimed chants of "you're going to cry in a minute" in his direction.

It had been a poor performance from the left-back with Forest's Djed Spence and Brennan Johnston causing him a multitude of problems down the Arsenal left.

However as it happened Tierney's introduction made little difference on an evening the Gunners were well below par.

They ultimately fell to a late Lewis Grabban strike that sent Forest through.