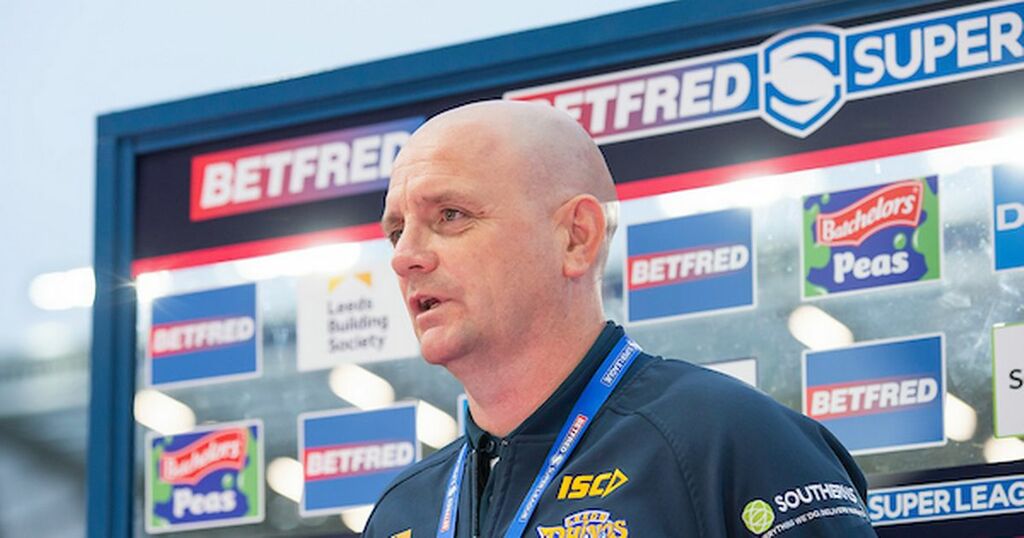 Here's everything he had to say.

"Well, our start to the game was really poor. We were rabbits in the headlights. If you dip your toe in the pond, you're going to struggle. We just really struggled with the big guys in the middle.

"We weren't doing it as a team. Chesty, tackling with our arms, the ruck speed got way too quick. When you play Saints they start massive on you, you have to weather the storm to reach the port but we had no answer physically.

"Second-half, we talked about the choice, we can continue in the same vain and have more embarrassment or do it together and dip our shoulders in, go through pain barrier a little bit better and if you're willing to put in that energy and difficulty it will reward you. Our defensive effort was a lot better in the second half but the game was well and truly gone by then.

"I think if you have every player available when you come here it is a difficult task. To come with an inexperienced team without your big guns up the middle, it's going to be tough. Long and short of it, we were just lacking our big guns on a night we needed them more than any other night on the calendar.

"It's tough, am I disappointed? Yeah. Can some of our young guys learn from that? I would hope so. We've got a young pack with Holroyd, Walters, O'Connor, Broadbent defending on the edge. Can they learn from that? Yeah they can, and they will."

"When they have the possession and position like that and he's off the back of some of the platforms he had, he's very tough man to stop. We had a lot of trouble with him."

On responding for the final round

"Absolutely. We've had some tough challenges all year as you know and I'm not going to let a tough 40 minutes derail us. I know in the aftermath of a tough defeat, it's easy to be down and dejected and we are but we've still a lot to play for, an awful lot to play for. The message is we understand that, we'll take that and next week we'll take it on.

"Generally on a top-eight system if you finish outside the top four you need to win three games to win a GF (Grand Final). We are in no different position, we need to win three games to get to a GF. Having said that, I'm not saying we have a team to be ready for a GF just yet. The team we had out tonight will need some help, hopefully with a couple of guys coming into the squad which will help us.

"If it is a sudden death game, we don't want to rely on other results, then we'll make sure we are as ready as we can be."

How he thought Corey Johnson got on...

"Really well, I thought he played the ruck really well and gave us some great energy in the middle. He sometimes got posted one-on-one with Big Al and gave it everything he's got. I think Corey is a really good rugby league player and could become an exceptional one."

Where Morgan Gannon and James Donaldson were.

"Morgan was just rested for tonight. Donno is ill."

Philosophically, could it be a big night for some of these young players?

"We've talked about that with them after. We know the physical nature of both teams tonight. Some of our guys are on the way up in that journey. There's plenty of physical improvement in us and some of the lessons we are talking about learning about, investing that energy and going through that pain early on can help you later. I do think we learnt lessons second-half from first-half, albeit too late and too ugly. It's all part of a journey. While it's a difficult night, an ugly scoreboard and certainly an ugly first-half performance, there are great lessons for us there and some understandable ones for where we are at this moment in time. But as I said, we won't let it derail our season.

"It's the ultimate discipline is your defence. The more you do it the easier it gets and we just didn't do it well enough. That's what leads to a lot of those chesty, arm-grabbing tackles. At the same time, some of that wasn't good enough. When we look back at the tries, the guys will look at the video in a very honest review. Some of the young guys have come straight off and said they're really sorry, it's important that they learn from that and do it to a much better, consistent level. But as tough a night it is, we've still got a lot to play for."