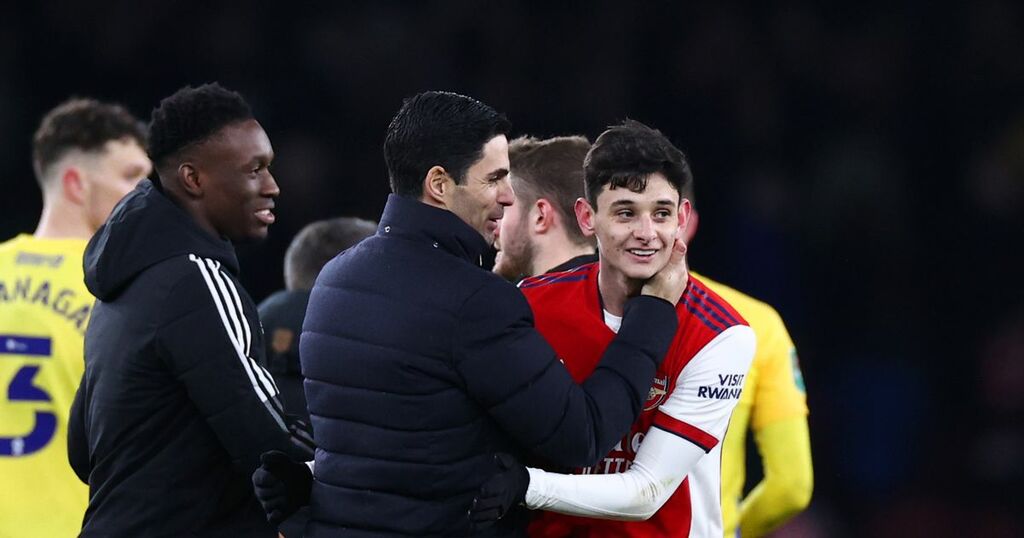 Arsenal manager Mikel Arteta could ring the changes and give chances to several youngsters when the Gunners face Nottingham Forest in the FA Cup third round on Sunday.

Arteta has often got the best out of the academy products at the club, with Bukayo Saka, Emile Smith Rowe and Eddie Nketiah just three of the youth graduates that have impacted the first-team in his tenure.

However, given the side’s fixtures this month as well as players missing through international duty for the Africa Cup of Nations, the Spaniard may have to introduce some of the current crop of youngsters.

Mohamed Elneny and Thomas Partey are not available due to their involvement in AFCON, while Granit Xhaka was not pictured in training ahead of the game.

Pierre-Emerick Aubameyang and Nicolas Pepe are also in Cameroon at the Africa Cup of Nations, with defender Gabriel set to miss the game through suspension following his red card against Manchester City.

Midfielder Charlie Patino is one youngster that featured against Sunderland from the bench in Arsenal’s quarter-final tie in the Carabao Cup, scoring on his debut.

The 18-year-old is set to feature against Forest, with Arteta low on midfield numbers for the month.

Albert Sambi Lokonga is currently the only senior central midfield option, with Ainsley Maitland-Niles having joined Roma on loan for the rest of the season.

Under-23s midfielder Salah-Eddine Oulad M'Hand was pictured in first-team training, having already featured in a senior squad when the Gunners faced Leeds in the Carabao Cup.

Winger Omari Hutchinson was also spotted at London Colney, meaning he could be set to be involved in some capacity for the game.

Young striker Folarin Balogun may be one who misses out though, with the 20-year-old expected to make the move to Championship side Middlesbrough on loan for the rest of the season.

With all that said, here’s a look at Arsenal’s squad for the clash.