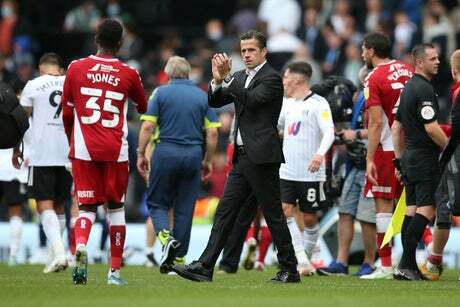 Marco Silva is refusing to get carried away by Fulham’s strong start to the season, as they bid for the win that would put them top of the Championship tonight.

Fulham, who have lost just one of their opening six League games, sit third in the table ahead of the match at Birmingham.

“We have our standards and our aims to be successful, but we haven’t won anything yet,” Silva, who was appointed Fulham manager during the summer, told Sky Sports.

“If we were in sixth or seventh position, my answer would be the same. I can’t talk about the past or the future. I’m here to talk about building right now.

Fulham are two points behind Bournemouth and West Brom, who have identical records even down to goals scored and goals conceded.