Fuck: The Suez Canal Has Been Blocked *Again* 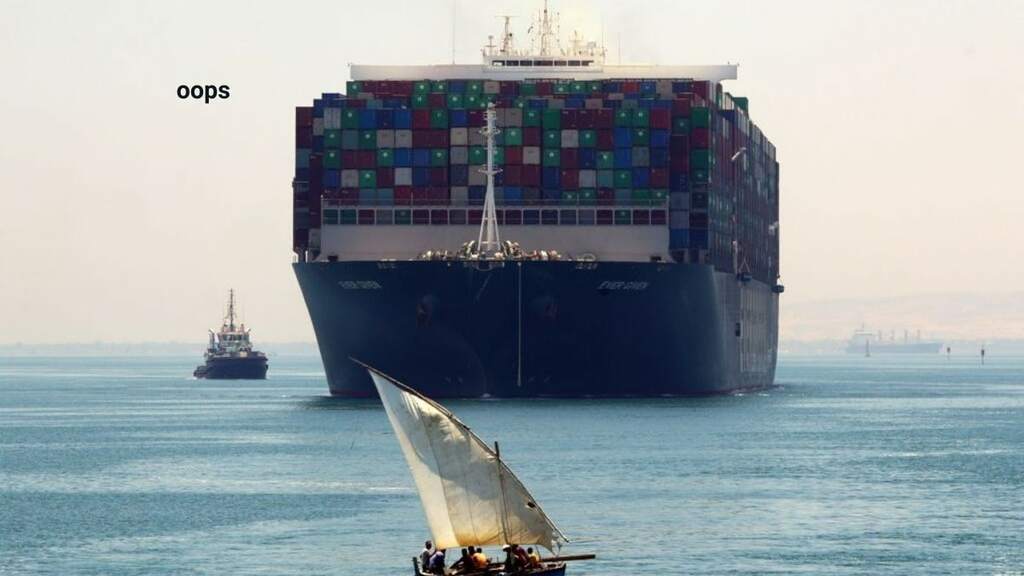 The Suez Canal got blocked AGAIN, the second time this year, after a container ship reportedly tried to turn around and got stuck.

The ship involved was reportedly the Coral Crystal, a Panama-flagged bulk carrier that was built in 2012, according to Metro.

Local media reported that the Suez Canal Authority said they were forced to (temporarily) suspend navigation in order to free the vessel, which became stuck at the 54km mark in the channel, disrupting four ships travelling from Port Said, according to Al-Ain.

Unlike last time though, it seems they managed to successfully refloat the boat a little while later, and it’s since been able to continue on its journey and clear the channel.

Honestly, I’m convinced I manifested this chaos because I’ve thought about the Suez Canal incident at least 18 times this week alone, constantly daring someone to make that mistake again for the meme. Which I see, they now have — intentionally or not.

In case you missed it, the Suez Canal was blocked once before, for six whole days, in what I would say was the defining moment of 2021. A true symbol of what was yet to come in this shitshow of a year.

At least this ship is free now – I wish I could say the same for us in this pandemic.

The post Fuck: The Suez Canal Has Been Blocked *Again* appeared first on Pedestrian TV.