Frustration over lack of progress with Carryduff Greenway plans 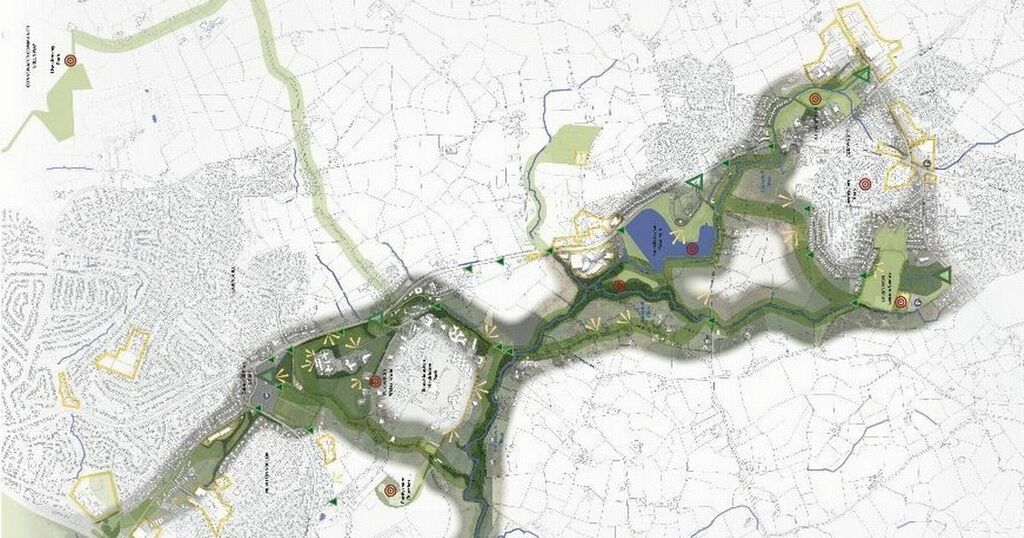 Carryduff residents have expressed their frustration over a lack of progress regarding plans for a Greenway to south Belfast.

For over six years residents of the town have been campaigning to develop a greenway from the Lough Moss Leisure Centre to the Cairnshill Park n Ride.

The project, which was developed in partnership with the Carryduff Regeneration Forum, and Lisburn and Castlereagh Council has said that it is "keen to see the project progress", with a "very positive" public consultation on it taking place in 2016.

However, since then the Forum feels that the greenway has been "put on the back burner" as there appears to have been very little progress on it.

Mark Hanvey, of the Carryduff Regeneration Forum said: "When the Forum came together a number of years ago, the establishment of a greenway from Carryduff to the Cairnshill Park n Ride became our flagship project and something we dedicated a lot of time to.

"We have explored the land that the route could take and everyone is in agreement that there is a natural path.

"The greenway would establish brilliant links for local residents going to the schools in the area and make it safer for more people to walk or cycle there, encourage more people to use the Park n Ride and get more cars off the busy Saintfield Road.

"Plus there are the huge benefits to people's mental health that it would provide, allowing them to go for a walk or bike ride somewhere safe.

"We engaged with the health care park and other stakeholders and everyone was in agreement that the greenway would tick all of their boxes. Then we held a public consultation at Lough Moss which received a lot of positive feedback.

"The Department for Infrastructure have even submitted funding to the council in order to help the plans for the greenway be developed in 2017, but as of yet there appears to have been no further action taken on it.

"This really impacted the confidence and momentum of what we are trying to achieve for their area, because when it felt like we were making progress, everything just seemed to go quiet on us."

Mark says that he feels that major projects earmarked for the Carryduff area are "often forgotten about" by the council and even though it is such a large residential area it receives very little investment for regeneration.

He said: "When you look at some of the other projects in the Lisburn Castlereagh area, you would think that if this was a plan for a greenway elsewhere, then things would already be well underway.

"For too long Carryduff has been seen as a place that people drive through, when in fact it is a huge residential area without thousands of families living in it who are crying out for investment and new facilities that will benefit their area.

"It is a very close community here centered around our schools and hugely popular and active sports teams, and investment in something to enhance the area like a greenway would only add to that and bring even more people together."

This week, a motion by SDLP Castlereagh South councillor John Gallen, seconded by Alliance councillor Michelle Guy, was passed at the Lisburn and Castlereagh Council Leisure and Community Development Committee which will see the creation of a working group in order to help progress the greenway plans.

Councillor Gallen said: "I brought the Motion to council borne out of frustration due to lack of progress being made with the Carryduff Greenway.

“The Feasibility report was presented to council a number of years ago but not one metre of path has been realised.

“I understand that council officers have had more urgent pressures with the ongoing pandemic but I hope that this motion will bring a fresh impetus and the time and funding streams necessary can be found to make progress.

“The Greenway when built will achieve so many objectives including sustainable transport, heath/wellbeing, open space strategy and tourism with it due to run alongside the Let's Go Hydro resort."

A spokesperson for Lisburn and Castlereagh City Council said: “We are keen to see this project progress. We are currently engaging with the Department for Infrastructure to map out the various elements of the proposed greenway. We can confirm it will take time to deliver this project as the land through which the potential routes travel are owned by a variety of land owners.”