From the archive: reshaping the police after the Brixton riots, 1984 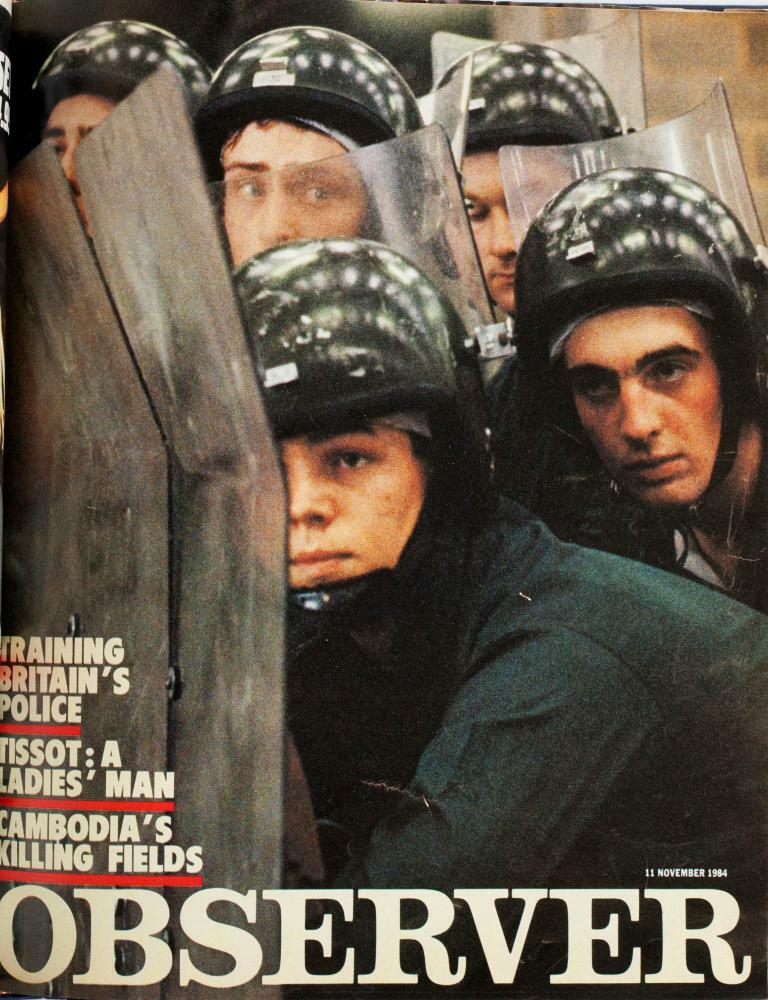 In 1984 Alan Road visited the Met’s training centre at Hendon for its 50th birthday, to discover what changes had been made since Lord Scarman called for major police reforms after the Brixton riots (‘Training Britain’s Police’, 11 November 1984).

Road found that it was ‘the jargon of the sociologist rather than The Sweeney that one picks up in the classrooms at Hendon’ with the recruits discussing ‘self-awareness, interpersonal relationships, active listening and non-verbal exchanges’. All a bit different from the ongoing miners’ strike then.

Recruits were up at 6.30am for an inspection before their lessons, which ran from 8.15am to 4.15pm. ‘Weekly tests and the promise of a full-scale examination at the end of the course keep most on their toes,’ wrote Road, ‘and perhaps help to account for the 7% drop-out rate.’

Real police life was brought home on a couple of one-day visits to Hounslow and Greenwich where, said Road, ‘the recruits, dressed in overalls and helmets and equipped with riot shields, are pelted enthusiastically with wooden bricks… The units, which at first moved in an ungainly fashion like a drunken tortoise, soon had to buck up their ideas when it was time to open ranks to allow through a charge of galloping mounted police wielding batons.’

But the siege mentality gave way when the Hackney Friends Anonymous Club arrived for a regular Sunday event in the style of It’s a Knockout in which ‘the teams… are composed jointly of constables and civilians. Very soon they can be running in step with a policeman in a three-legged race’.

Nothing showed the post-Scarman approach at Hendon better than these sessions in community relations, said Road. One of the chief inspectors said approvingly: ‘It’s the first time they have been made to feel like police officers. It makes the recruits see how they are perceived.’